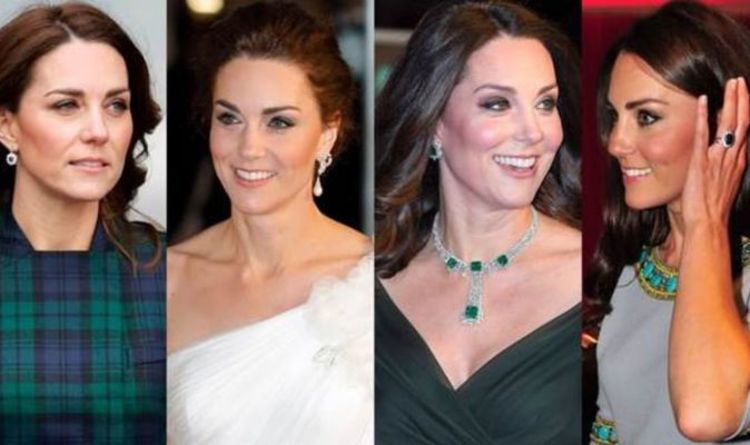 The Duke and Duchess of Cambridge are fast approaching their 10 year wedding anniversary in April 2022. To commemorate this milestone in their relationship, Lorna Haddon, head of diamonds and jewellery at Beaverbrooks, has looked at Kate’s most “iconic” statement pieces over the years.

Jewellery expert Lorna remarked that this band “accentuates the piece and draws the eye into those incredible stones”.

The magnificent ring had a special place in the heart of one royal woman. It wasn’t just the Duchess of Cambridge.

Lorna said: “Kate’s ring once belonged to Prince William’s mother, Princess Diana, and has incredible sentimental value to the Prince. William explained that by Kate wearing his mother’s engagement ring, he felt that Diana was with them on their wedding day.”

Harry kindly gave his brother the stunning heirloom when he decided to propose to Kate.

For Diana and Kate enthusiasts who are tying the knot on a less royal budget, Lorna recommended the 18 carat Diamond Sapphire Cluster Ring from Beaverbooks, sold at £3,750.

Lorna said: “With her ‘something blue’ firmly covered by that incredible sapphire engagement ring, Kate wore an extraordinary halo tiara on her wedding day borrowed from none other than the Queen herself.”

She continued: “Stooped in royal history, the piece was gifted to Her Majesty as an 18th-birthday present by George VI in the 1930s.”

Kate made her late mother-in-law Diana a part of her special day by wearing her engagement ring.

She also nodded to her own parents by wearing a pair of earrings they had gifted her.

Lorna described these as a “gorgeous pair of pear-cut diamond drop”, an “equally sentimental piece for her to walk down the aisle with”.

For those who wish to recreate this simplistic and demure look, Lorna suggested Beaverbrooks’ nine carat White Gold Cubic Zirconia Freshwater Cultured Pearl Drop Earrings, for a fraction of the price at £175.

They are a “great match for Kate’s pearls” for women if they want to emulate Kate’s “sophisticated and understated” jewellery style.

Kate is the most-searched-for royal style icon, according to analysis by TopMobileCasino just last month.