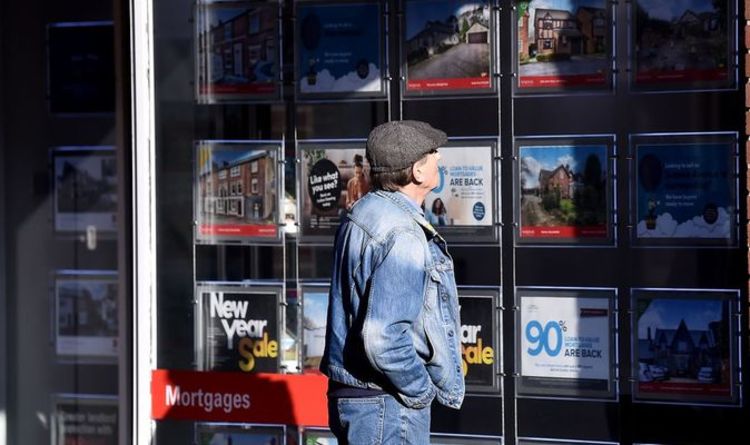 Data from Halifax this week found house prices were up 10 percent in November year on year despite sales falling dramatically by 52 percent in October. The average value of a UK property now stands at £252,687. Speaking to Express.co.uk David Hannah, principal consultant at Cornerstone Tax, predicted growth would continue into next year. While growth may slow slightly he suggested prices were likely to increase between five to 10 percent. He added: “I still think it’s possible we might see double digit growth.”

Sales and house price growth has been supported this year by a stamp duty holiday which saw people rush to buy before it expired at the end of September.

Despite the return of full stamp duty though a number of other factors are still working to push up prices.

The first of these has been supply issues with shortages of bricks and bricklayers alike.

Mr Hannah suggested the materials supply issues would start to ease however labour shortages would be a harder issue to fix short term.

He explained the industry was short several thousand project managers and tens of thousands of tradesmen.

“You can’t create an experienced plaster or qualified electrician in 12 weeks” he added, explaining this would have a positive impact on wages but would mean projects will “run slower” and “more expensive” leading to developers increasing prices.

Foreign buyers are also predicted to be a source of further house price growth, in particular from Hong Kong following the announcement of a new visa scheme this year.

Mr Hannah predicted greater migration from the East Asia would take up any slack in city property markets adding that he had dealt with four transactions in the last six months on very expensive London properties for Hong Kong based buyers.

There has been strong suggestion the Bank of England will start to increase interest rates in the coming months although this has recently become more uncertain due to Omicron.

If the Bank did increase rates they would likely move up by 0.15 percent initially to reach 0.25 percent, then up in intervals of 0.25 percent going forwards.

Mr Hannah suggested even with current inflation the Bank of England had “little room to raise them severely” meaning interest rates could still remain low by historical standards.

Another question mark from the Bank of England is reports of potential changes to the affordability criteria on new mortgage applicants.

The Bank is due to announce the results of its review by the end of the year but there have been suggestions it may reduce the stress tests over a borrower’s ability to pay in the event of a large interest rate hike.

CEO of the Mortgage Lender Peter Beaumont warned such a move: “Could further exacerbate (house prices inflation), which could take house prices to an unsustainable level.”

Mr Hannah pointed out it “spoke volumes” about what the Bank of England were currently thinking about prospects for future rate rises if they were considering lowering the stress charge.