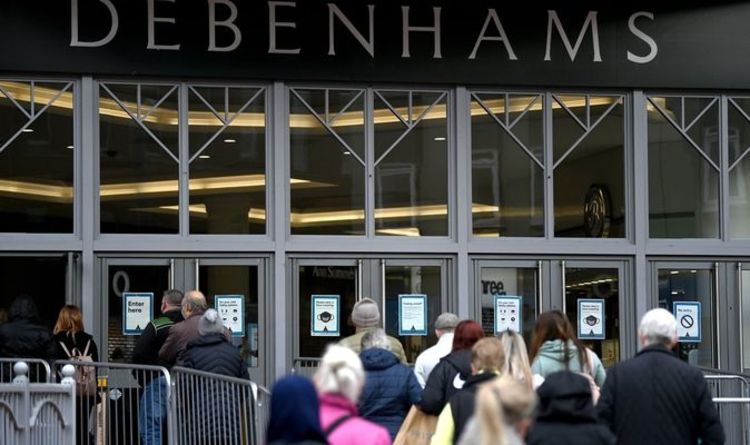 The iconic British department store announced it would be closing its doors permanently last year. It then shut the last of its branches in May earlier this year.

However, Debenhams has made a comeback.

A store has just opened in Manchester’s Arndale centre.

The new flagship beauty store, which has two floors and measures 7,552 sq ft, aims to create a “fresh, modern, and unique” space.

This is according to Boohoo Group, which also said the new department store has “harnessed its beloved heritage while rebranding its aesthetic”.

The new department store in the Manchester Arndale shopping centre is a beauty-only branch, offering the same items available on the Debenhams website.

Jeanette Whithear, beauty and homeware director at Debenhams.com, said: “We are delighted to be opening Debenhams.com Beauty store, within the Manchester Arndale, especially as this is the home of the Boohoo Group.

“It feels like an organic location for this exciting retail space, within the heart of the city.

“Since April we have reintroduced multiple brands to Debenhams.com, as well as new ones, that have really grown the offering for our customers.”

Ms Whithear added: “With the next step of Debenhams.com Beauty journey, I’m excited to see the cross over from our digital and physical elements come to life within the space as well as our range of brands increase dramatically into 2022.”

He said it was a “great boost…for bricks and mortar retail and demonstrates that there will continue to be a balance between online and in-person shopping”.

Online shopping has increased since the start of the pandemic, leading to the closures of many physical stores.

Debenhams entered into administration in April 2020, before going into liquidation in November the same year.

The department store left huge hole in the British high street as the retailer has been around for almost 250 years.

It traces its roots back to 1778, when William Clark established a drapers store on Wigmore Street in West London.

Its current name stems from 1813 when William Debenham invested in the company, which became Clark & Debenham.