Gold prices remain in flux and yesterday’s FOMC rate decision seems to have done little to help matters. While the Fed continues to transmit a loose and passive approach, they’ve so far been unable to quell fear from market participants that rising inflation will eventually force the bank’s hand into faster rate hikes than what’s currently being anticipated. At this point, the Fed is saying that they’re not expecting any hikes through 2023, which would mean the problem of tightening policy would fall with Mr. Powell’s successor, as his term ends in February of 2022.

But, given the situation in Gold, I wanted to present this scenario in an orderly format, first starting with the longer-term or bigger-picture and then drilling down to the shorter-term setup.

Gold prices began another bullish cycle in Q4 of 2018. This was on the back of an off-hand comment from FOMC Chair Jerome Powell when he was asked about his opinion about the bank’s proximity to the ‘neutral rate.’ The neutral rate is that theoretical goldilocks rate that’s neither stimulative nor restrictive and, at the time, the Fed had already hiked multiple times in 2018 after multiple hikes in 2017. But when Powell was asked where he felt the Fed was in that cycle and how close they were to the neutral rate, he replied that he felt it was ‘a long way off.’

Markets didn’t seem to take that news lightly as in short order equities had started to tip over and Gold prices began to rally. This didn’t stop the Fed from hiking in December of 2018 while also warning of more possible hikes in 2019, with equities continuing to sell-off in the aftermath.

But 2019 saw a very clear pivot from the FOMC as the bank moved from an aggressive tightening stance into another cutting cycle, cutting rates three times in 2019 and helping to continue the build of that bullish trend in Gold, which held through the 2020 open. 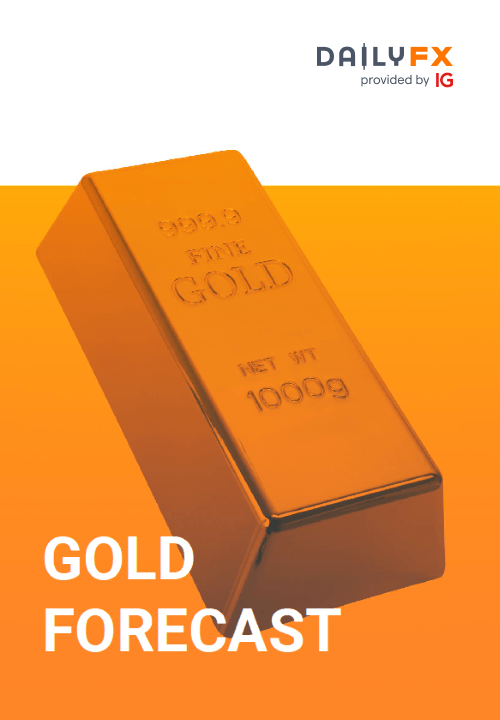 The coronavirus pandemic presented disruption everywhere, including the bullish trend in Gold. But the prevailing response from the Federal Reserve unleashed a veritable bazooka of stimulus and in short order risk markets had started to rally again. Gold prices pushed higher through the summer and eventually set a fresh all-time-high in August before starting to pullback.

But that pullback is still ongoing as we have yet to encroach upon that August high and, at this point, price action is continuing to test the 38.2% retracement of the 2018-2020 major move. The 38.2% Fibonacci retracement is an important marker for trend continuation strategies.

To learn more about Fibonacci, check out DailyFX Education

That Fibonacci support level came into play on the final trading day of February and remains in the picture a few weeks later. There’s been pushes below and bounces back above but, at this point, price action remains in a state of stasis. On the four-hour chart below, we can see where buyers have been showing support around this level as prices have tested resistance on a bearish trendline projection.