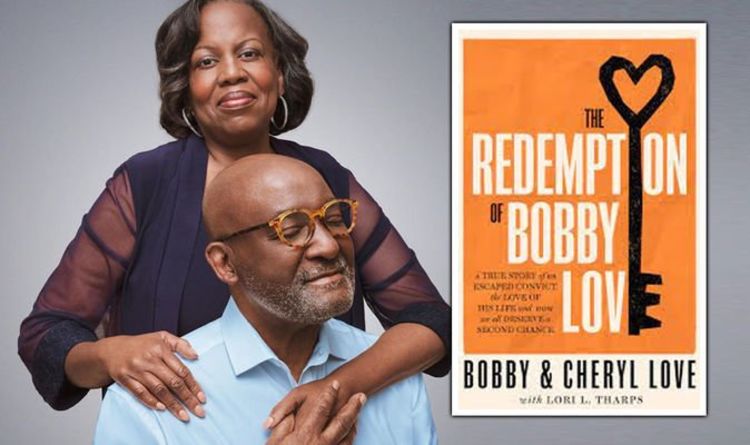 A dozen FBI agents and police officers burst in, shoving Cheryl aside and handcuffing Bobby. When she protested, an FBI agent held her back, saying: “You don’t know who this man is!” As she looked on in disbelief, Bobby hung his head and in a low voice told her: “This goes way back, Cheryl. Back before I met you.” It was only then that she learned that her church preacher husband, the father of her four children, was a convicted armed bank robber and an escaped prisoner on the run for 40 years, living a lie in New York under a fake name.

Bobby was hauled off to prison in handcuffs to serve his remaining time on a 25-to-30 year armed robbery sentence. But Cheryl never turned her back on him, or hated him for his crimes and deceit.

Instead, her love for her husband, willingness to forgive and impassioned campaign to win his freedom from prison became an inspiring story that captivated America.

Their extraordinary tale sparked an acclaimed online blog, which is being made into a TV series by Scandal star Kerry Washington, and is now fully revealed in their new book, The Redemption of Bobby Love, which has just been published.

“It’s true that love conquers all,” says Bobby, now 70. “Cheryl stood by me when any other woman might have run. She fought for my release from prison and she made me a better man.”

Cheryl, 58, doesn’t argue. “The power of love heals all wounds,” she says. “We’re stronger now than we ever were.”

Bobby Love started out as Walter Miller, a troubled youth who had robbed a series of banks at gunpoint in North Carolina.

“I fancied myself a gangster as a young man,” admits Bobby, who with seven siblings endured a tough childhood as the son of a wife-beating alcoholic steel mill worker. When his father abandoned the family altogether, Bobby was just six years old.

“I started young, breaking into cars and stealing things,” he recalls.

Love is a Brooklyn man who escaped from prison and was eventually caught (Image: Getty)

He was first sentenced to juvenile detention at 13. “With friends we started robbing credit unions. I was 18 when a cop shot me in the buttocks after a bank robbery. I was sent to prison, and lucky not to be paralysed or killed.

“I was just a stupid kid at the time. You’d think being shot would have straightened me out, but no.”

Released after 13 months behind bars, Bobby returned to armed robbery but following a bank heist in 1970 he was captured and sentenced to 25-to-30 years in a maximum security prison in North Carolina. “That was soul-destroying,” he admits. “Being in jail is the worst.”

Frustrated at the arbitrary cruelty of guards who crushed his chances for early parole, Bobby escaped from the back of a prison bus taking him to work on a road crew in 1977. He had served only six years of his sentence.

Finally scared into going straight, the fugitive Walter Miller made his way to New York, invented his fake name of Bobby Love, and worked at a Brooklyn hospital where he met nutritionist Cheryl, 12 years his junior.

Cheryl and Bobby Love’s story of redemption is being turned into a TV drama (Image: NC)

“She was young, pretty and intelligent,” he says. “By the time I met Cheryl I’d spent 10 years of my life in different jails, but I’d been going straight for seven years.”

Cheryl recalls: “He was tall, handsome and made me laugh. He always treated me well, and we fell in love.”

Bobby admits: “My first years on the run I was always looking over my shoulder, always expecting the police to catch me. By the time I met Cheryl I felt I could relax, but I never let my guard down.”

They married in 1985 and had four children – Jasmine, 36, Jessica, 34, and twins Justin and Jordan, 17 – but Bobby was always too scared to tell his wife that he was a bank robber on the run.

“If I’d told Cheryl the truth, she’d have told me to turn myself in,” he says.

Yet Cheryl admits she had nagging doubts about Bobby. “I kept feeling he was hiding something from me, but I didn’t know what,” she says. “He could be moody and didn’t like to share his emotions. He hated having his photo taken. But he worked two or three jobs, always came home, treated the children well, did the laundry, and loved me. What more could I ask?”

Love was sentenced to 25 to 30 years in a maximum security prison in North Carolina (Image: Getty)

Says Bobby: “When they arrested me it felt like my life was over. I still had 19 to 24 years left to serve. I thought I’d lost Cheryl, lost my kids, lost everything. I’d been doing the right thing, working hard, following the law, raising my family. I was devastated.

“I apologised to Cheryl, and told her I wouldn’t be surprised if she divorced me. But she said she loved me and was staying for better or worse. My kids said, ‘We want our daddy!’ They never wavered.”

Cheryl admits: “When they came to arrest Bobby in 2015 it shook my world. But I never considered leaving him, not for one second. I knew he was a good man, never hit me, and whatever he had done in the past, he’d changed. Bobby wasn’t perfect, but neither was I. Bobby was a human being with flaws. I loved him with his flaws. I had to forgive the man, the crimes, everything.”

With her husband back behind bars facing decades of imprisonment, Cheryl began working frantically for his release.

“I got letters from family, friends, and people across the country supporting Bobby’s release,” says Cheryl. “I even wrote to President Obama, telling him how Bobby had turned his life around, was a Sunday school teacher, a church deacon and helped people in the community.

“I told everyone: I love my husband, everyone deserves a second chance, and he’d do good with his life.”

Her cri de coeur attracted widespread publicity and against all odds Bobby was granted parole in 2016 after less than a year behind bars, and eight years before he was due for parole. Cheryl was waiting with open arms.

“She redeemed me,” says Bobby, who then legally changed his name to Bobby Love.

“Love conquers all, yes it does. God’s put me in the best place I can be. And it feels so good to be able to go anywhere without worrying if I’ll be sent back to prison.”

Cheryl says: “I’d always known that my husband’s heart was large and that something was getting in the way of him showing it to me fully. Now I know why. Love is the power behind Bobby’s redemption. Our love is even stronger today and our family ties are stronger than ever because he can be himself now without holding anything back.” Bobby agrees: “Life’s very good now.”