On Jan. 1, the Real Estate Services Act came into effect in the province, bringing with it an updated regulatory framework for the local industry to follow, along with some key changes for parties on either side of a real estate transaction.

One of the most notable changes to consumers is likely the introduction of a service agreement requirement: any buyers, sellers, or renters of residential or commercial properties are now required to sign such an agreement with a realtor prior to any services being rendered. But there are other moves that will impact real estate business moving forward.

The regulatory Manitoba Securities Commission’s real estate division consulted with industry groups such as the Manitoba Real Estate Association in drafting the legislation, which replaces the Real Estate Brokers Act, and which the commission’s website says “reflects the changing face” of the provincial real estate landscape.

“The whole intention is to modernize the rules that govern the industry,” said David Cheop, the commission’s chairman and CEO, who added that many updates were meant to increase transparency.

The commission’s site states that key updates outlined in the legislation include a modernized regulatory process which allows for electronic signatures and e-storage of documents. It adds that “enhanced” consumer protections and the introduction of service agreements prior to any real estate dealings will make it “so the public is clear on what services they will be receiving from a registrant.”

Those changes have been in the works for a relatively long time, says Stewart Elston, the president of the Manitoba Real Estate Association. According to the commission, the new act — meant to replace the broker’s act, which itself first passed into law in 1947 — was first introduced at the legislature nearly a decade ago.

Elston said the new legislation, particularly the service agreement requirement, represents a net positive for both realtors and clients, as it was composed with accountability and transparency — two industry deal-breakers — in mind.

“These are commitments I would say realtors have always delivered on, but now the commitment will (always) be in writing,” he said. “It’s a way for realtors to put their promises on paper.”

Elston said his association has developed a standard format for the service agreements, but that doesn’t preclude any individual brokerage from developing their own. However, there are core items which any acceptable agreement will be required to include.

The agreements are technically between clients and brokerages, Elston said, but will be filled out by realtors on behalf of the brokerage. Per the bill, any amendments or additions to the agreements must be in writing, while any registrant who enters into an agreement must give the other party a copy of the agreement “without delay” after it’s signed.

“We are very pleased with the measures and approaches outlined in the new Act,” said Keith Schinkel, the commission’s registrar, in an early January release. “For many people, a home is the largest single purchase they will ever make in their lives. Therefore, protection of the public is paramount—ensuring that buyers and sellers have their best interests protected first and foremost was our central focus in developing this legislation.”

There are other changes related to transparency, Cheop said. Registrants, including brokers, realtors, or property managers, must disclose whether they have an interest in the property in question. For example, if they have a stake or if a close family member, or corporation they own a material interest in does; under previous rules, Cheop said that disclosure was only required if they or a spouse had interest. “We’ve extended it more broadly,” he said. Without that disclosure, the broker cannot receive a commission, he said.

The bill also gives the commission the power to assess monetary penalties up to $500,000 against registrants for misconduct, to increase the amount of surety bonding a registrant must maintain, and to take action against people carrying on unregistered activity, or operating without necessary licensing.

Elston said there’s nothing scary about the changes, particularly with regard to the service agreement requirement. “It’s putting everything right up front,” he said. “There’s very limited obligation from the client to the realtor. It’s really the other way around,” and meant to assure transparency and accountability by the service provider.

Though the changes related to the agreement are relatively simple, Elston said there have been some stumbling points, given that the new act has been in effect for fewer than two weeks. To assist both real estate clients and professionals, the association has launched a digital campaign at www.promisesonpaper.ca for educational purposes.

According to the site, there are three things to keep in mind prior to signing any agreement: to review it thoroughly and to ask any questions that you may have about its contents; to speak to the realtor if you want to negotiate or change the terms of your agreement; and to ask the realtor whether the agreement is exclusive, which it does not need to be.

Elston said in his experience thus far, the response from clients to the updated requirements has been mostly positive, though he said it’s important for realtors to be clear and thorough to limit any confusion or misunderstandings.

“We see the service agreements as a good way for realtors to work with their clients and establish trust and transparency,” he said. 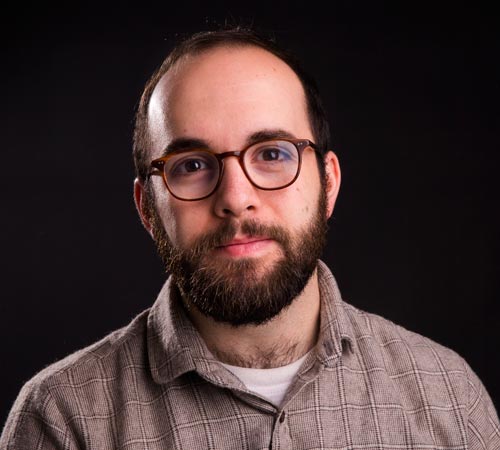