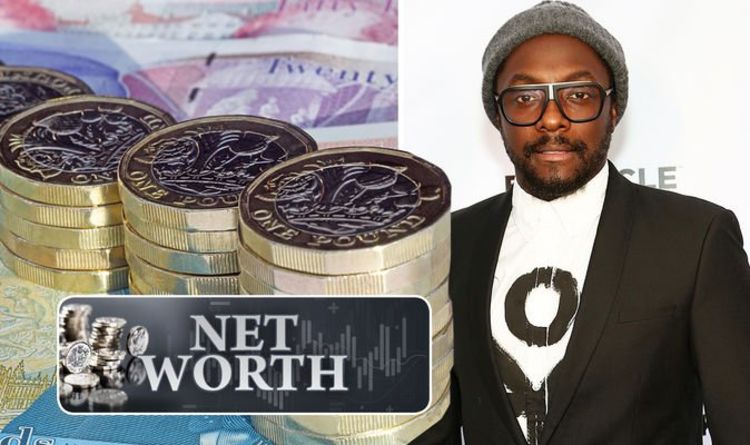 will.i.am shot to fame as a member of the pop-rap group Black Eyed Peas. Most recently, he has worked as a coach on The Voice UK.

The group continued to grow their fortunes with singles ‘Where Is the Love?’ and ‘Shut Up’ hitting the number one spot.

will.i.am earned more with the release on Monkey Business, which went three times platinum and has sold more than ten million copies worldwide.

The Black Eyed Peas had continued success with high charting tracks including ‘I Gotta Feeling’, ‘Let’s Get It Started’ and ‘Boom Boom Pow’.

As well as being a member of the popular band, the 46-year-old has also added to his wealth with solo tracks.

He has worked on tracks with successful artists including Justin Beiber, Britney Spears and Miley Cyrus.

The music legend has produced songs for the likes of Carlos Santana, John Legend and the Pussycat Dolls.

As well as performing and producing a number of popular tracks, will.i.am has found success on the small screen.

The rapper is currently a coach on The Voice UK – a position he has held since 2012 – and The Voice Kids.

will.i.am is one of the longest serving coaches on the UK show and has also worked on the children’s version since its inception.

When the talent competition was aired on BBC, before it moved to ITV, it was revealed will.i.am made an impressive fortune of £600,000 a year for the gig.

He also topped up his earnings by appearing on The Voice Australia in 2014.

The singer has turned his hand to acting and had roles in X-Men Origins: Wolverine, Date Night and the animated film Rio.