Why I will buy Apple’s new MacBook Pro 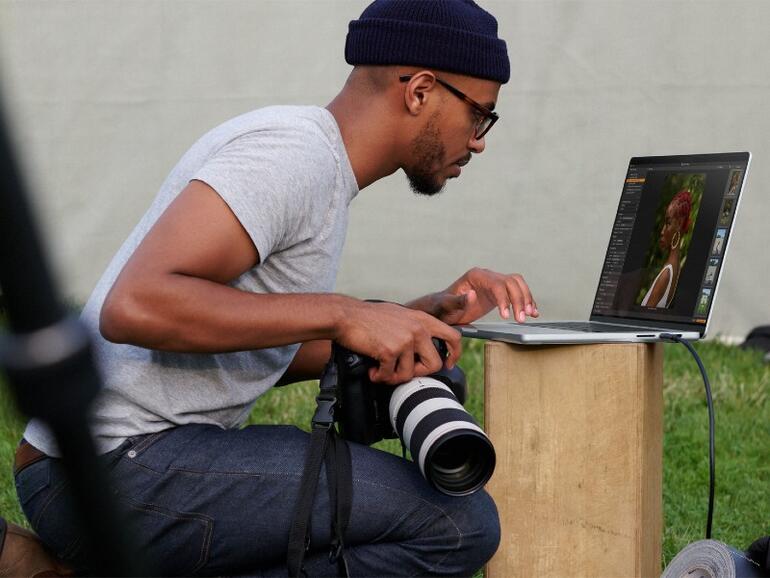 There are typically several reasons people buy a new laptop. The current notebook may be old or failing, or it may have broken or been stolen. Another reason laptops are replaced is a new model comes along that packs so many compelling features and performance the purchase proves difficult to resist. Apple’s new M1 Pro- and M1 Max-powered 14″ and 16″ models are just such machines.

The resulting performance improvements are significant.The new chips deliver up to 3.7-times faster CPU performance and up to 13.4-times faster 4K video rendering speed than previous Intel-powered machines, for example. But, as mentioned previously, battery life doesn’t suffer. To wit, the new 14-inch MacBook Pro models provide up to 17 hours of video playback and 11 hours of wireless web browsing, while the new 16-inch versions offer up to 21 hours of playback and 14 hours of wireless web use.

Those are impressive statistics. They mean designers, producers, videographers, editors and others regularly performing CPU- and GPU-intensive tasks wield high-end desktop-level production capabilities while working remotely using a notebook powered only by its battery.

As a professional often working remotely from makeshift locations without a readily available electrical outlet, it’s nice to know such performance is available in my next Mac. Considering that the new models offer Extreme Dynamic Range displays, high contrast ratios and deep color capabilities, as well as full keyboards—the ill-fated Touch Bar experiment appears mercifully ended—an improved 1080p HD camera and enhanced studio-quality microphones and speaker arrays that prove handy supporting FaceTime, Teams and Zoom calls, as well as a number of new ports (including HDMI, multiple Thunderbolt and an integrated SDXC slot) and the return of Magsafe power-plug technology, and it’s easy to see why my next MacBook Pro purchase will be a 14-model with the base $1,999 configuration.

The machine will be, by far, the fastest computer I’ve ever owned or supported. And that’s saying something, as I’ve participated in the purchase and deployment of thousands of computers as a consultant.