What The European Union Is Doing To Help Ukraine War Refugees

In the two weeks since Russia invaded Ukraine, around 2.5 million people have fled — the great majority of them to European Union countries. More than half have entered Poland while hundreds of thousands more are seeking refuge, mostly in Hungary, Romania and Slovakia.

Russian President Vladimir Putin’s decision to launch an unprovoked war has been met with an outpouring of goodwill in Europe. The EU has launched an emergency protection system offering shelter, access to jobs, medical treatment and education to those who fled the assault.

The protection system streamlines entry procedures. It was established in 2001, in response to the fallout from the wars in former Yugoslavia and Kosovo in the 1990s, when thousands were forced from their homes. It has never been used before, despite the arrival of well over 1 million people in Europe in 2015, many fleeing conflict in Syria.

Ukrainian refugees queue for food in the welcome area after their arrival at the main train station in Berlin, Germany, March 8, 2022. (AP Photo)

The “Temporary Protection Directive” sets out minimum standards across the EU’s 27 countries for helping those in need. Member nations can provide more favorable conditions if they want. It also eases procedures for countries to transfer refugees between them if those people agree to move.

The following is a short guide to the new rules, what they mean for Ukrainians seeking shelter in Europe and for those who might want to help them.

The decision applies to all Ukrainian nationals who have been displaced from Ukraine on or after Feb. 24, 2022 “as a result of the military invasion by Russian armed forces that began on that date.” It also applies to their family members — spouses, unmarried partners in stable relationships and children — or to people who were already refugees inside Ukraine before the war. It excludes those who were living in Ukraine short-term, like foreign students. 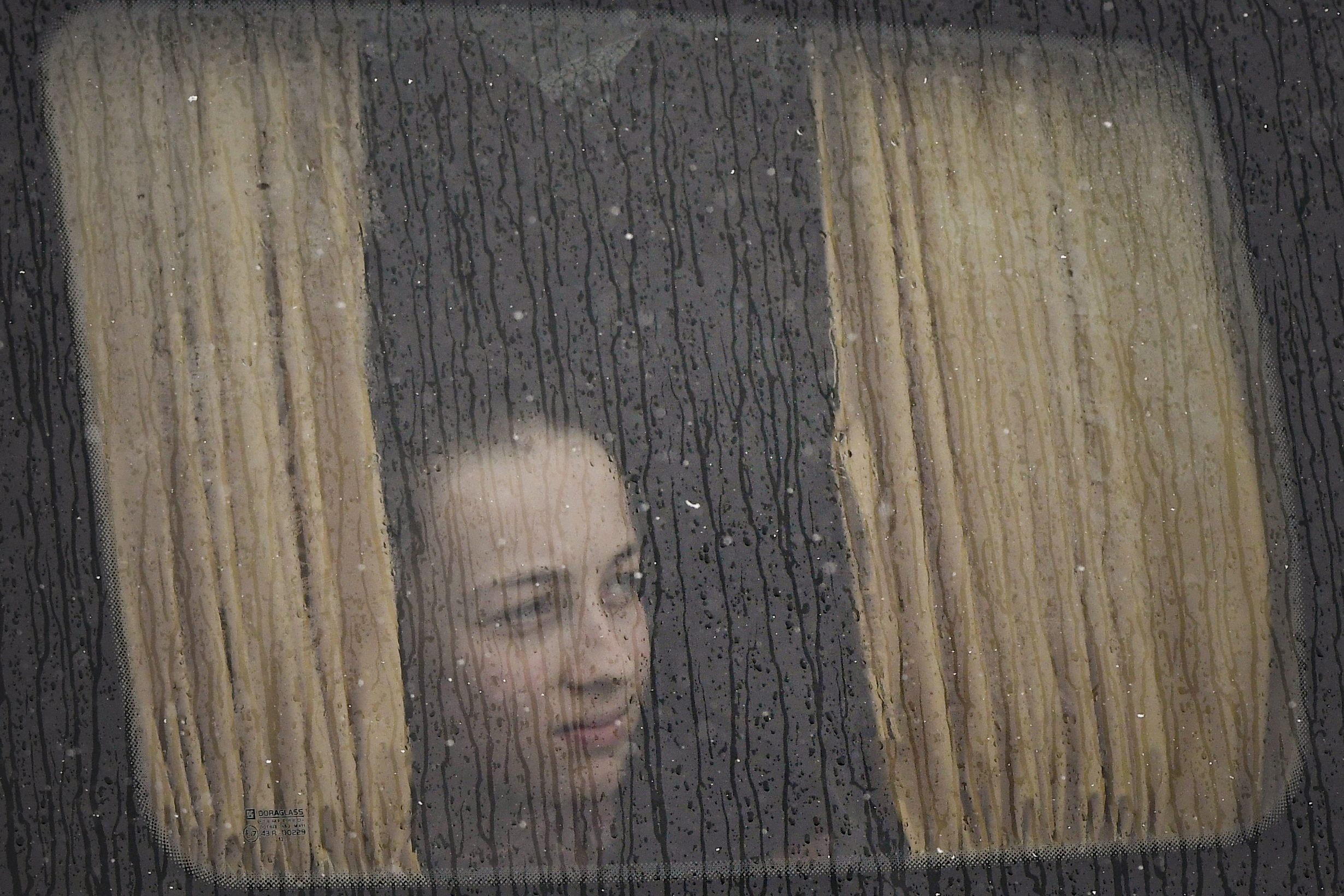 A refugee fleeing the conflict from neighbouring Ukraine sits on a bus, at the Romanian-Ukrainian border, in Siret, Romania, Tuesday, March 8, 2022. (AP Photo)

HOW LONG CAN REFUGEES FROM UKRAINE STAY?

Ukrainian nationals are allowed to travel visa-free in Europe and so can move around once they are admitted for a 90-day period.

This means they can choose the EU country that would like to stay in and apply for temporary protection there. It’s particularly good for those who want to stay with relatives already in Europe.

That period of protection would apply for one year, initially. Unless it ends, the stay could be extended in six-month periods for a further year. If Ukraine remains unsafe, the EU’s executive branch, the European Commission, could extend the protection system for one more year, making a maximum of a three-year stay possible under certain circumstances.

Member states should try to help people return voluntarily when their stay is over. In some cases, they could help set up exploratory visits to help people work out whether it’s safe to go home. People can also apply for asylum in the EU at any time during their stay.

WHAT ARE PEOPLE ENTITLED TO?

Some countries are already providing free rail and bus travel, and other benefits to people fleeing Ukraine.

Some are lodged in reception centers or with willing European families. But under this system, European governments should ensure that people have access to accommodation or help to get housing. 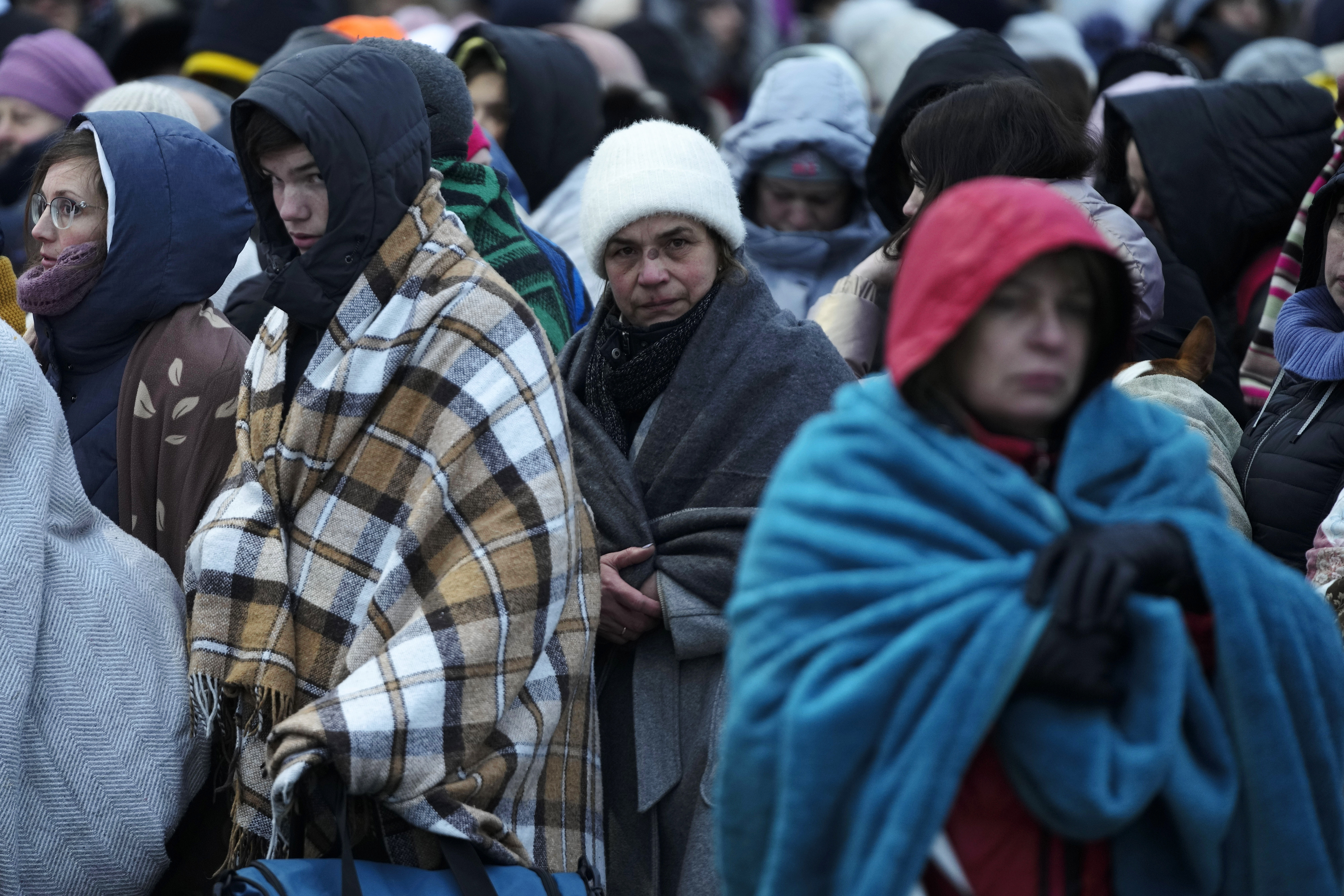 Refugees, mostly women and children, wait in a crowd for transportation after fleeing from the Ukraine and arriving at the border crossing in Medyka, Poland, Monday, March 7, 2022. (AP Photo)

They should receive social welfare benefits and possibly medical care. Countries should allow people to apply for jobs or become self-employed workers. Adult education, training in a trade or workplace experience should also be possible. People under 18 should be given access to schools.

Children traveling alone would be placed with adult relatives, foster families, reception facilities adapted to receiving minors, or with the adults they fled Ukraine with. Any visas should be provided free of cost.