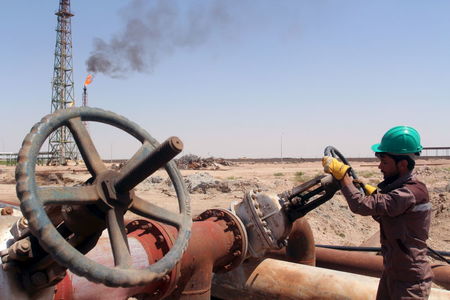 LONDON, April 16 (Reuters) – An Indian tender took at least five cargoes of Nigerian crude on Friday, while Angola is set to increase its exports in June.

* Angola will export at least 36 cargoes in June, up from 34 in May, a preliminary programme showed. The Gindungo plan has still not emerged and will likely make the total programme bigger. O/LOAD

* About 10 May loading cargoes of Angolan crude were still available. Angolan Clov and Nemba were last offered for around minus $1, Dalia for minus 50 cents and Cabinda at dated flat.

* India’s IOC closed two buy tenders for June loading on Thursday. Chevron (NYSE:), Shell (LON:), Exxon Mobil (NYSE:) and Total were the winners, traders said. Shell was said to have won with Bonny Light, Exxon a cargo of Qua Iboe, Total a cargo of Akpo and Chevron cargoes of Agbami and Escravos.

* Global commodities trader Trafigura TRAFGF.UL has agreed to buy Angolan state oil giant Sonangol’s 31.78% stake in loss-making Puma Energy for $600 million in a step towards raising its holding to more than 90%.