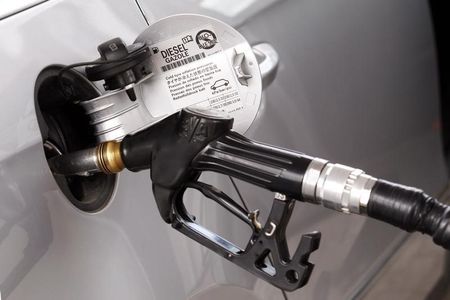 “A huge build in road fuel stocks is not what the market was expecting and concerns over the speed of the oil demand recovery resurfaced, leaving traders wondering how stable road fuel usage actually is,” said Rystad Energy analyst Bjornar Tonhaugen.

“The increase in oil product stocks is probably not due to weaker demand … but to high refinery utilisation,” Commerzbank (DE:) analysts said.

Still, demand remains weakened by the impact of the coronavirus.

At the same time, Russian oil output increased from average March levels in the first few days of April, traders said. and the United States held talks with other powers on reviving a nuclear deal that almost stopped Iranian oil from coming to market, reviving tentative hopes Tehran might see some sanctions lifted and add to global supplies. the International Monetary Fund said this week that the massive public spending deployed to combat the COVID-19 pandemic could increase global growth to 6% this year, a rate not achieved since the 1970s.

Higher economic growth would boost demand for oil and its products. Research said it expects Brent crude to reach about $75 a barrel in the third quarter.