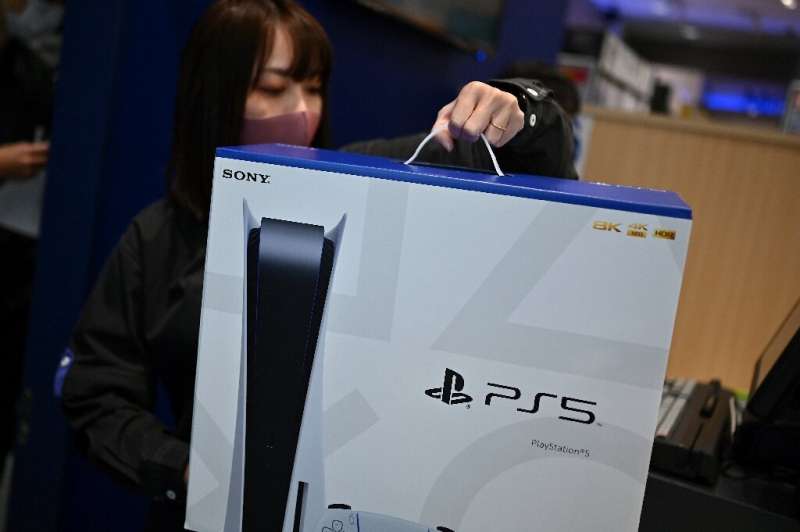 Furious British gamers and lawmakers are training their sights on “scalpers” who are buying up coveted PS5 and Xbox consoles and selling them online at vastly inflated prices.

The popular consoles have also been hard to come by in other parts of the world, but in Britain anger has boiled over to the point where some lawmakers want to ban the practice of reselling them online at higher prices.

“I’ve been trying to get a PS5 for four months now, but I can’t get one at a normal price,” said Tracey Ford, a student in Manchester, northwest England.

The 24-year-old gamer has made frequent visits to the store, and registered for alerts when new stocks arrive—but nothing has worked.

“It’s so frustrating”, she told AFP.

The cause of her anger is console “scalping”, in which people use “bots” to snap up huge quantities of stock online faster than regular consumers can, and resell them at sky-high prices.

The practice, which is legal in the UK, is usually associated with concert tickets and limited edition footwear.

But it has taken on a new dimension with the release of two highly-anticipated consoles at the end of 2020: the Sony PlayStation 5 and the Microsoft Xbox.

Faced with an in-store shortage, many gamers pay full price, which only feeds the market further.

Driscoll estimates that around 52,000 copies of both consoles have been resold in Britain on eBay and StockX for a total of £42 million, generating £10 million in profit.

That figure is likely to hugely underestimate the problem as it only takes into account the “grey market” and not the black market, “which is definitely larger”, said Driscoll, who is from Georgia Institute of Technology in Atlanta.

The sudden surge in console scalping is being driven by much stronger demand than usual, with gamers having “extra money due to be not be able to travel” because of coronavirus restrictions, he added.

“Plus there is a global shortage of high-end silicon used for making good computer chips,” he said.

The Nvidia RTX30 graphic card and processors from US chip manufacturer AMD are also being sold at inflated prices online, but consoles are the worst hit, according to Driscoll.

Driscoll believes the situation will “eventually stabilise” as more gamers get hold of stock and push down demand.

But if the same marketplace conditions exist in five years when the PlayStation 6 is due to come out, he warned: “It’s going to happen again.”

Many gamers are calling on manufacturers to address the issue.

But neither Sony nor Microsoft have spoken out, and declined requests for comment from AFP.

Others say that responsibility lies with the outlets selling consoles in the first place, such as CeX, Currys, PC World and Argos.

Argos said that it has “stringent processes in place” to prevent its stocks of PS5 rapidly selling out.

“As part of this, PlayStation 5’s are limited to one per customer and any duplicate orders are cancelled,” said a spokeswoman.

But it is far cry from measures demanded by gamers, who want websites to use a “Captcha” test, which asks users to complete a task that robots cannot perform.

A group of British MPs filed a bill in mid-December to ban the “unfair” practice.

People are “very angry”, said Douglas Chapman, a Scottish National Party MP who tabled the bill after dozens of calls from his constituents.

The proposal is still under consideration but has little chance of succeeding, according to Chapman, although he hopes it will “put pressure on the government to take action”.

The culture ministry said it was “discussing this issue with the trade association for the video games industry… who we understand are currently looking at any further actions” to prevent it happening.

But Daniel Sumner, a 35-year-old gamer living in Plymouth, southwest England, believes a light financial penalty “certainly won’t work” in the face of huge profits to be made by scalping.

“I feel sorry for a lot of people who work hard to buy consoles only to find themselves unable to afford them,” he said.