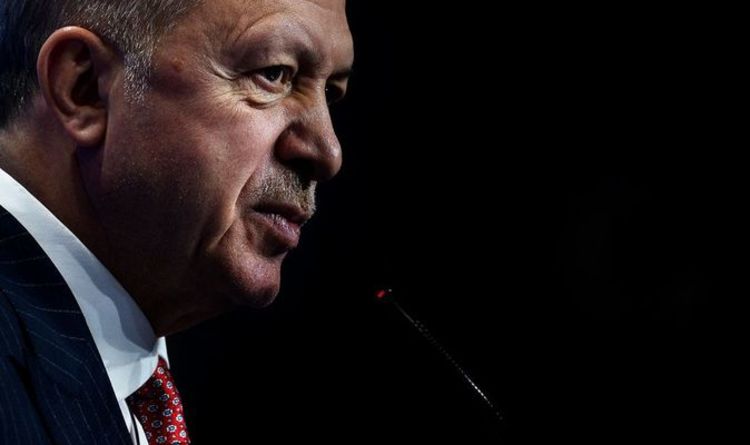 Today the lira rose around 15 percent having rocketed around 25 percent on Monday. It follows months of decline which has seen the lira fall in value from £0.10 at the start of the year to a low of just under £0.045 in December. In a speech on Monday President Erdogan announced a government guarantee on deposits in lira as well as a new measure to pay the difference between the value of savings held in lira and any change in price of the equivalent in dollars. Simon Harvey, Senior FX Market Analyst at Monex Europe, explained a major problem in Turkey was “dollarization” with people taking out loans in lira and using them to buy other assets such as dollars and gold.

With inflation running rampant in Turkey and the cost of borrowing very low moving money into these assets has helped people hedge against the declining value to the lira.

According to central bank data more than half of local savings are now in foreign currencies and gold.

Under the government’s new promise people could receive payments on the difference between any price rises in other currencies such as the dollar and their deposits in lira, incentivising people to hold onto the lira.

Mr Erdogan said: “We are presenting a new financial alternative to citizens who want to alleviate their concerns stemming from the rise in exchange rates when they evaluate their savings.”

Whilst the measures could be seen as a proxy for an interest rate hike on savings they do not however target demand and borrowing.

President Erdogan has taken a long-standing stance against interest rates which he has previously described as “the devil” and vowed to fight.

In contrast to the consensus among most economists he believes cutting interest rates will help bring inflation under control.

Mr Erdogan is understood to wield significant influence over the central bank which has gone through four governors in the last two and a half years.

There is also the key question of the cost of the payments under the new measures.

Reuters reports one senior banker asking: “How and when is the Treasury going to pay the difference?”

Analysts at Goldman Sachs predicted in a note: “We think that this measure is unlikely to structurally stabilise inflation or the exchange rate.”