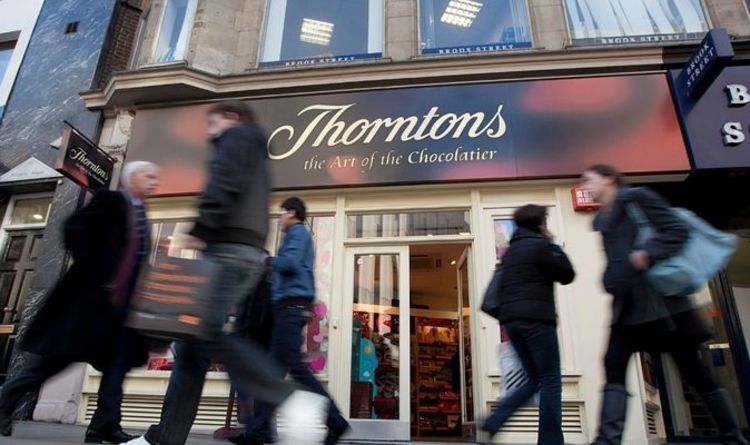 Thorntons was founded in Sheffield in 1911 and has been a popular store on UK high street ever since. The company said it had taken the “difficult decision” to go into full consultation to start the permanent closure of its 61 shops.

Thorntons said: “We have seen a growth in Thorntons.co.uk and this will remain a key focus for us in continuing to provide you with your favourite Thorntons ranges, including our unique personalisation offering.

“In addition, we continue to invest in building our brand in grocery channels with our partners in order to meet the demand from you, our loyal customers.”

The company sells various different sweet treats in supermarkets like Tesco and Sainsbury’s.

The chocolate company has racked up more than £130million in losses since Italian confectionery group Ferrero bought the company six years ago.

In an update on Friday, John Lewis said it’s in discussions with landlords and will confirm exactly which stores are to close by the end of the month.

Eight stores were already closed last year, in a move that put 1,300 jobs at risk throughout the company.

Dame Sharon White, John Lewis’ partner and chairman, released a statement last week, announcing that the past year had been extremely difficult for the company.

It read: “The past year has been one of the most challenging in the Partnership’s history.

“This is the result of substantial exceptional costs of £648m, mainly the write down in the value of John Lewis shops owing to the pronounced shift to online, as well as restructuring and redundancy costs from store closures and changes to our head office.”