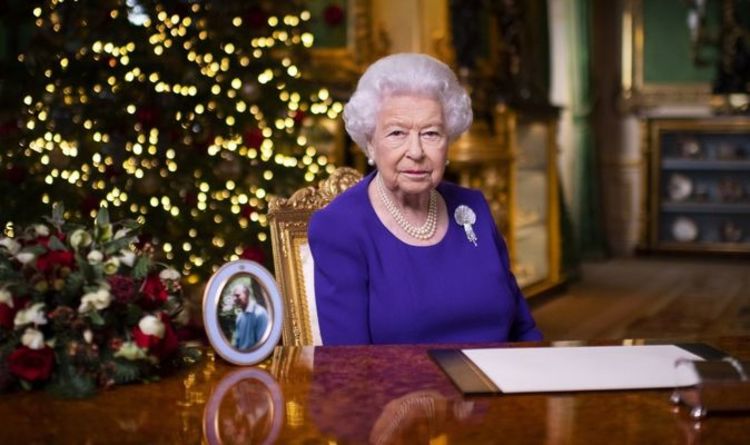 Last year, during an extremely unprecedented Christmas, the Queen stunned in a purple dress by Angela Kelly, who maintains her royal wardrobe.

The colour purple is often associated with regality and wealth, and is a colour often sported by the Queen.

She also wore a perfectly curated purple ensemble, complete with a purple dress, coat, hat and even purple detailing on her brooch, to open the new premises of the Royal National ENT and Eastman Dental Hospital in February 2020.

Paired with her purple dress for her Christmas speech, the Queen sported The Queen Mother’s Shell Brooch, which she had worn to celebrate her 100th birthday, and a three-strand pearl necklace.

In 2019, the Queen opted for a royal blue gown, and paired it with a sapphire and diamond Prince Albert brooch for the ultimate colour coordination.

This was a gift from Albert to Queen Victoria on the eve of their wedding in 1840.

Of course, the Queen donned her statement three-strand pearl necklace.

Leslie Field, author of The Queen’s Jewels, told PEOPLE magazine: “Pearls are traditional for Queens going back one thousand years – there has never been a Queen who didn’t wear pearls.

“They were rare, beautiful and lustrous and the more you wear them, the more lustrous they become.”

David Douglas Diamonds and Jewellery reported that her three-strand pearl necklace was a gift from her father, George VI, who passed away when she was only 25-years-old.

“But, in the end, the simple, deeply sentimental pearl necklace continues to be her go-to accessory.”

This iconic necklace of course made an appearance during her annual speech in 2018.

This outfit was totally emblematic of Christmas, with her three-strand pearl necklace and Jardine Star brooch, believed to have been gifted to her by Lady Jardine in 1981.

The Queen has had an incredible heartbreaking year this year, with her husband of 73 years passing away in April.

She was also taken ill this year and missed key events such asa trip to Northern Ireland, Remembrance Sunday and the COP26 summit due to her ill health.

Like the rest of the nation, Her Royal Highness has made tremendous sacrifices due to the ongoing Covid pandemic, for example cancelling her pre-Christmas dinner with extended family and Sandringham festivities amid rising Omicron cases.

But despite another unprecedented Christmas, the Queen will surely be radiant as she delivers her 2021 speech.