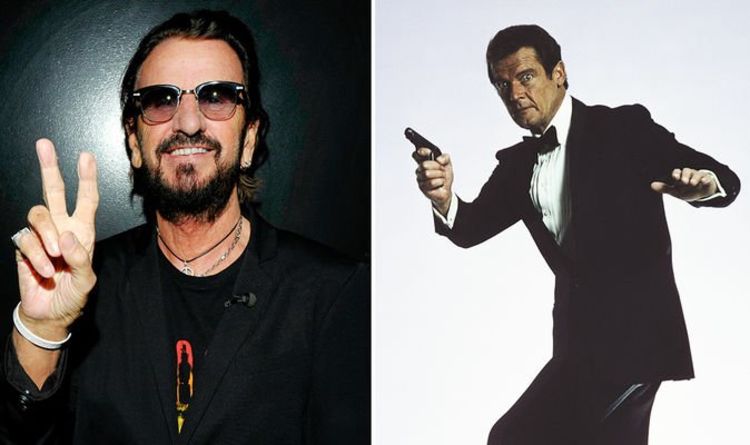 The Beatles drummer Ringo Starr was originally married to Maureen Starkey Tigrett from 1965 until their divorce in 1975. While six years later he would go on to marry a Bond girl. Roger Moore’s co-star in question was Barbara Bach, who played Anya Amasova in 1977’s The Spy Who Loved Me, which is often considered one of the best 007 movies by fans.

Bach was cast just four days before the shoot began as originally the 29-year-old was only set to have a supporting role in Moore’s third Bond movie.

According to 1983’s People, after wrapping on The Spy Who Loved Me she called 007 “a chauvinist pig who uses girls to shield him against bullets.”

Interestingly, Moore agreed with her, having said the same thing in 1973 when he starred in his first Bond movie Live and Let Die.

The late 007 actor said: “Bond, like myself, is a male chauvinist pig. All my life I’ve been trying to get women out of brassieres and pants.”

Three years after The Spy Who Loved Me released, Ringo and Barbara met on the set of prehistoric slapstick comedy Caveman, in which they both co-starred.

The Bond girl had previously been married herself to Count Augusto Gregorini from 1966 until their divorce in 1975.

The Beatles drummer and actress married on April 27, 1981 at Marylebone Town Hall in London, and before he died Roger Moore would refer to Barbara as “Mrs Ringo”.

In the forward of former Beatles press officer Derek Taylor’s book Getting Sober…and Loving it, they wrote: “We used to go on long plane journeys, rent huge villas, stock up the bars, hide and get deranged.”

But in 1988, having struggled with their substance abuse, Ringo and Barbara checked themselves into rehab after one terrifying moment.

The couple have been clean and sober ever since and are practising vegetarians to this day.