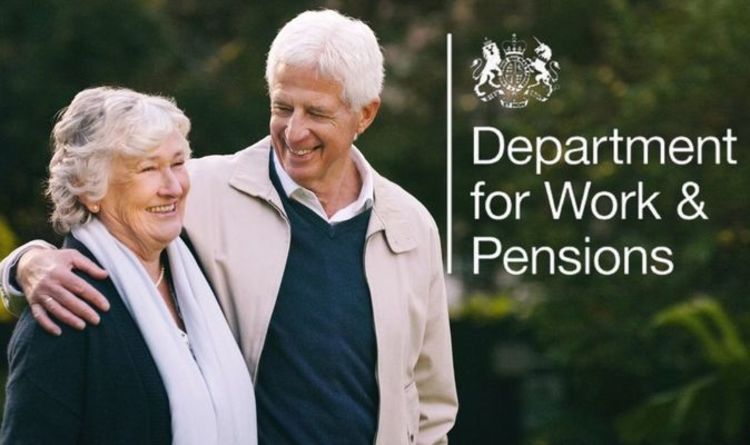 As longevity improvements collapse, it’s been suggested there would now be no case for raising pension age from 66 to 67 until 2051 – 23 years later than planned. Consultants LCP has argued it could provide a “reprieve” to some 20 million individuals born in the 1960s, 1970s and early 1980s. However, it would deprive the Treasury of billions of savings on state pension expenditure. State pension age is currently set to rise to 68 gradually between 2044 and 2046, but a review is taking place which could change this.

Under proposals, this rise could be moved forward to 2037 to 2039 in a marked difference from the original plan.

Underpinning the review is a vital set of calculations, designed to ensure Britons spend no more than one third of their adult lives in retirement.

However, even prior to the pandemic, forecasted increases in life expectancies have failed to materialise.

Since the last state pension age review was undertaken, there have been marked changes in life expectancies noted by the Office for National Statistics (ONS).

For example, 2014 projections suggested a 66-year-old woman today could expect to live, on average, to around 89.

READ MORE: ‘Hidden pension benefit’ as millions to get pay rise next year

However, 2018-based projections now expect the same woman only to live to around 87.

As a result of these findings, LCP has asserted it will be “very difficult” for the Government to justify a rapid increase to the state pension age.

Sir Steve Webb, partner at LCP, said despite life expectancy improvements having “almost ground to a halt”, the schedule for state pension age increases has not caught up with this new world.

He said current plans to increase the state pension age to 67 by 2028 should be revisited as a matter of urgency.

The former pensions minister said: “Pension ages for men and women reached 66 only last year, and there is now no case for yet another increase so soon.”

Jan Shortt, NPC General Secretary, expressed shock at the Government pushing back the state pension age, arguing it should be lowered for “people’s health and the economy”.

“People may be living longer, but they are not living healthier, and the longer they have to work the more likely they will have to rely on our struggling health and care services.”

Morgan Vine, Head of Policy and Influencing at Independent Age said she was “incredibly concerned” by plans to accelerate the state pension age to 68, adding that it is a “lifeline” to many people in later life, some of whom have no other form of income – including people unable to work due to illness, caring responsibilities or disability.

With approximately two millions older people living in poverty, and later life poverty rising, she said many over 65s have been forced to choose between eating or heating. “It is a big worry that any increases to the state pension age could mean more people have to make these impossible decisions, which we know has a knock-on impact on their mental and physical health.”

She warned: “In the past, decisions to change the state pension age have not been communicated well and people have been given little notice to plan for this huge change. Past mistakes cannot be repeated. There must be a thorough consultation on these plans, involving people in later life who live on a low income, so that the impact of these changes can be fully understood.”

The Office for National Statistics (ONS) is expected to publish a new round of life expectancy projections for 2020 in the New Year.

Helen Morrissey, senior pensions and retirement analyst at Hargreaves Lansdown, said the upcoming review comes at an “interesting time”, suggesting it could “put the brakes on rises in the state pension age” – or even stop it “in its tracks”.

However, she warned the Government will need to balance state pension age changes with meeting the “enormous ongoing cost” of the payment, to ensure it remains sustainable in the long term.

She said: “With a COVID bill to pay the triple lock has come under intense pressure, and earnings data has been abandoned for this year in favour of an inflationary increase.”

The analyst suggested the review could potentially prompt a closer look at the triple lock – the mechanism which is used to increase the state pension each year.

Recent changes to the state pension age have forced many Britons to work longer rather than retiring at 60 or 65 as they expected.

Becky O’Connor, Head of Pensions and Savings at interactive investor, said: “The idea of a long, enjoyable retirement seems set to be consigned to the history books.”

For some, age-related ill health has meant they can no longer work, presenting “huge issues” when they are unable to claim the state pension.

Ms O’Connor added: “The age at which people can expect to start to experience health problems that might prevent them working is around 63, which could leave many people facing several years where they either have to rely on private pension provision, which may be inadequate anyway, or other benefits.”

A DWP spokesperson said: “The state pension continues to provide the foundation for retirement planning and financial security in older age.

“The Government is required by law to regularly review state pension age and has just announced the beginning of the second State Pension Age Review. The Review will consider whether the rules around state pension age are appropriate, based on a wide range of evidence including latest life expectancy data.”