Speculation Swirls Over Exactly Who Is Behind Silver’s Run-Up 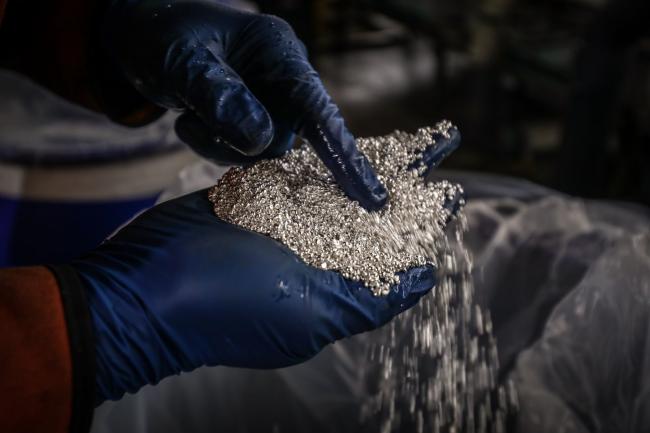 (Bloomberg) — Questions are flying over what — or who — is actually behind silver’s rally after the original Reddit posts that encouraged people to bid up the metal and a related exchange-traded fund were removed.

Some Reddit users are speculating as to whether the user behind two popular posts promoting the silver ETF was just trying to game the markets. Others wondered whether the poster could’ve been part of a “pump-and-dump” scheme — or working on behalf of some hedge funds that might have infiltrated the now-famous WallStreetBets forum. Plenty still have come to the posts’ defense, saying they’re none of the above.

Further fueling speculation was a report by CBS that moderators of the online forum, responsible for sending shares of Gamestop Corp. and other companies soaring, had detected a significant amount of recent “bot activity.” Citing a spokesperson for the group, CBS said moderators were doing their best to remove the computer-generated posts.

The two posts that prompted investors to pile into iShares Silver Trust (NYSE:), known as SLV for short, were put up last week by the user jjalaj30, who created the account nine months ago and whose only two posts were made after a surge in GameStop’s shares began.

“BAN NEW ACCOUNT, attempt of pump and dump,” one user said in response to the original Reddit thread. Another user called the original poster a “hedge fund shill.” Others pointed to a separate Reddit thread suggesting hedge funds stood to gain the most from silver’s surge.

prices broke past $30 an ounce on Monday as the retail investor frenzy swept into other markets. Silver comments began dominating the Reddit board on Wednesday, and spot silver and the iShares Silver Trust have both soared since then.