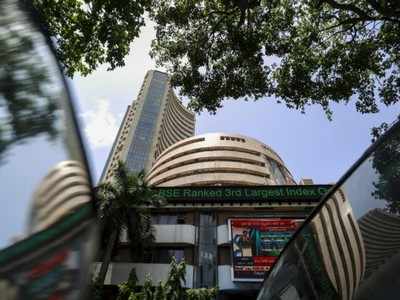 NEW DELHI: Snapping its five-day losing streaks, equity indices jumped higher on Friday with benchmark BSE sensex rising nearly 650 points led by gains in FMCG and metal stocks.
In a volatile session, the 30-share BSE sensex recovered from early falls to finish 642 points or 1.30 per cent higher at 49,858; while the broader NSE Nifty settled 186 points or 1.28 per cent higher at 14,744.
Top gainers in the sensex pack included Hindustan Unilever, NTPC, Reliance, PowerGrid, Ultra Cemco and ITC with their shares rising as much as 4.47 per cent.
While Tech Mahindra, L&T, Bajaj Auto, Maruti and Titan were the major losers falling up to 1.22 per cent.
On the NSE platform, sub-indices Nifty FMCG, Metal, PSU Bank and Pharma gaining as much as 2.43 per cent.
According to experts, a pullback in US treasury yields from 14-month highs hit overnight, eased some fears over foreign fund outflows from emerging markets.
“There is some easing in US 10-year bond yields after hitting a peak. That has added to the risk appetite of traders who were looking to buy into the dips,” Anand James, chief market strategist at Geojit Financial Services told news agency Reuters.
Domestic indices were on track to post a drop of roughly 3 per cent for the week after two straight weeks of gains. As of Thursday’s close, both the Nifty and Sensex were off roughly 5 per cent from their record closing highs hit in mid-February.
The surge in coronavirus cases in the country weighed on investor sentiments during the entire week. India reported 39,276 cases on Friday, its highest daily rise since late November.
Meanwhile, foreign institutional investors (FIIs) were net buyers in the capital market on Thursday as they bought shares worth Rs 1,258.47 crore, as per exchange data.
(With inputs from agencies)