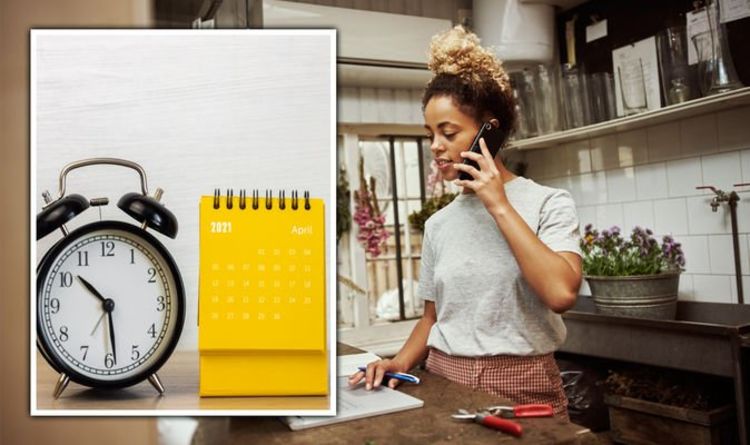 Self-employed workers have been hit particularly hard by coronavirus and Rishi Sunak was condemned throughout 2020 for failing to provide them with support quickly enough. While the Chancellor eventually extended billions of pounds worth of support to the sector, new analysis shows SMEs are expected to struggle for some time.

As the first anniversary of the initial national lockdown approaches, a new report from the small business insurance provider Simply Business revealed the cost of coronavirus to UK SMEs is set to exceed £126.6billion.

The study, created from a survey of 1,206 small business owners from across the UK, revealed that on average, SMEs have lost £15,673 each so far in earnings due to the pandemic and subsequent lockdowns.

Additionally, many SMEs are not sure their businesses will ever return to pre-pandemic trading levels.

Of those surveyed, many shared the Government’s efforts did not go far enough to help as Alan Thomas, the UK CEO at Simply Business, explained: “No business, big or small, has been able to escape the impact of the Covid-19 pandemic – with 12 months of restrictions, lockdowns, and uncertainty always likely to take its toll.

“The impact of the pandemic on so many of these individuals has been devastating, both financially and emotionally.

“While the Government support packages have proven a lifeline to many small businesses through the pandemic, our research reveals that 81 percent of self-employed people feel it hasn’t been enough – with over two million SMEs unable to access any financial support.”

Sarah Coles, a personal finance analyst at Hargreaves Lansdown, also commented on this and noted the upcoming tax year could provide opportunities for fresh starts: “It has been a horrible year for an awful lot of self-employed people, but the pain hasn’t been felt equally. While some are struggling with a collapse in demand and income, others have never been busier.

“Many self-employed people saw their income drop like a stone overnight when the pandemic hit. They had a longer wait for Government support than their employed counterparts, and in millions of cases they received no help at all. If you’re running on empty, your priority will be to get through the hell of it, pay your tax bill for this year, and try to get back on top of your finances.”

As the end of the current tax year approaches, Sarah went on to provide a number of “end-of-tax-year tips” for self-employed workers.

Sarah urged self-employed workers to get their retirement plans back on track and utilise ISAs in the new year: “The percentage of self-employed people paying into a pension has halved in a decade – from around 30 percent to 15 percent. It’s always going to be hard to commit to making regular monthly payments when your income can change so much from one month to the next. Some people specifically put money aside in good months to cover pension contributions in tougher times. However, if you get more consecutive lean months than you had planned for, you should have the flexibility to pause payments.

“Higher earners will gain more from a pension, but if you’re self-employed, you’re a 20 percent taxpayer, you expect to pay tax in retirement, you don’t need to access the cash until the age of 60, and you’re currently aged between 18 and 39, you may be better off overall with a LISA.

Sarah concluded by breaking down the multiple benefits ISAs provide: “Some self-employed people pay themselves with dividends, which attracts tax once you take more than £2,000. It means if you hold stockmarket investments outside an ISA, you’re likely to pay tax on dividends. You can invest through an ISA – or move existing investments into a stocks and shares ISA, and protect them from tax forever.

“If you hold your investments outside tax wrappers like ISAs and pensions, once you make capital gains over your annual allowance, you’ll need to pay tax on them. This becomes more of a risk as life goes on and your investments grow.

“If you’re self-employed, and you eventually plan to sell the business, it could be even more of a headache if in the year you sell up, you also make stockmarket gains, and risk paying even more capital gains tax.

“By investing through a stocks and shares ISA, you never have to worry about capital gains on any of the investments in there.”

Sarah’s final tip concerned Self-Assessment tax returns, as HMRC itself issued a warning on them today as a deadline is quickly approaching: “Never again will you have to hunt around for dividend payments and tax slips as the clock ticks towards midnight. By investing through an ISA, you don’t ever need to put details about them on your tax return ever again.”