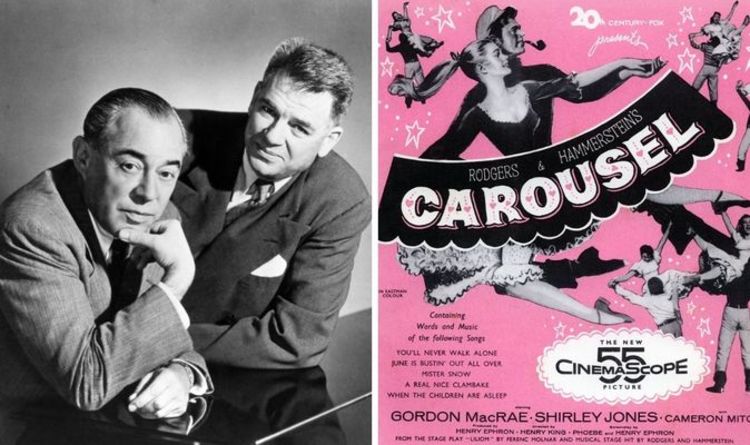 Richard Rodgers and Oscar Hammerstein were one of, if not the finest musical theatre writing partnership in history. They are the men behind some of the greatest shows ever made, produced in the Forties and Fifties, a period often considered the “golden age” of musical theatre. Among their work includes Oklahoma!, Carousel, South Pacific, The King and I, and The Sound of Music.

Rodgers and Hammerstein were pioneers in the musical theatre industry, sparking a new dawn of thought-provoking plots with mature themes, moving away from the whimsical musicals in the early 20th-century.

They addressed serious issues such as racism, sexism and classism in much of their work.

The Sound of Music explores the views of the Austrian public on the takeover of Austria by the Third Reich, based on the true story of the von Trapp family.

The two fall in love and marry, but are fired from their jobs soon after, putting immense strain on the relationship.

In a desperate attempt to provide for Julie and their unborn child, he resorts to robbery, a decision that ultimately leads to tragedy.

The musical features well-known songs ‘If I Loved You’, ‘June is Bustin’ Out All Over’, and the immortal ‘You’ll Never Walk Alone’, now the anthem of Liverpool FC.

Michael Reidel, Broadway writer at the New York Post, wrote in 2018: “Carousel is a great American musical. But it doesn’t come without baggage.”

Todd Pardum, author of ‘Something Wonderful’, a biography of Rodgers and Hammerstein, told the publication that the writers had concerns about a musical in which the protagonist beats his wife.

He said: “They would not have talked about it in the terms we do today, but they knew they were grappling with a hero who had many unsympathetic elements.”

Mr Reidel explained Carousel is based on the 1909 drama ‘Liliom’ by Ferenc Molnar, but changes the setting from Budapest to the Maine coastline.

The cast of Carousel at the London Coliseum in April 2017. (Image: GETTY)

Carousel, Mr Reidel wrote, ends with a line “no one could write today”.

Mr Reidel continued: “Rodgers and Hammerstein cringed at that line. But they took up the challenge to make a cad not so bad, by writing three of the most celebrated songs in musical theatre.”

Billy takes his own life in the musical after a robbery goes wrong.

Mr Reidel said: “Hammerstein rewrote Molnar’s ending so that audiences would come to embrace Billy — flawed or not. After his spirit’s sent back to earth to redeem himself, Billy mucks up and hits his daughter.

“When he does this in the musical, audiences gasp today as they did in 1945.

“But as Hammerstein has it, Billy’s overwhelmed by guilt. He appears and whispers to his widow, “I love you Julie. Know that I loved you.”

“When the cast sings ‘You’ll Never Walk Alone’, there’s seldom a dry eye in the house.”

Mr Reidel wrote Rodgers and Hammerstein “knew what they were doing” here, as Rodgers once told legendary musician Mel Tormé that the song was supposed to make people cry.

Although concerns over the protagonist troubled the creators, Carousel proved a smash hit, initially running for 890 performances.

Mr Pudrum said: “The sting of Billy’s behaviour is still there, more so than ever.

“But Rodgers and Hammerstein made him human, and the show endures.”

Carousel airs on BBC Two at 1:45pm on Monday. South Pacific, another Rodgers and Hammerstein classic, follows at 3:50pm.