Queen Elizabeth: The surprising items the monarch keeps inside her iconic accessory 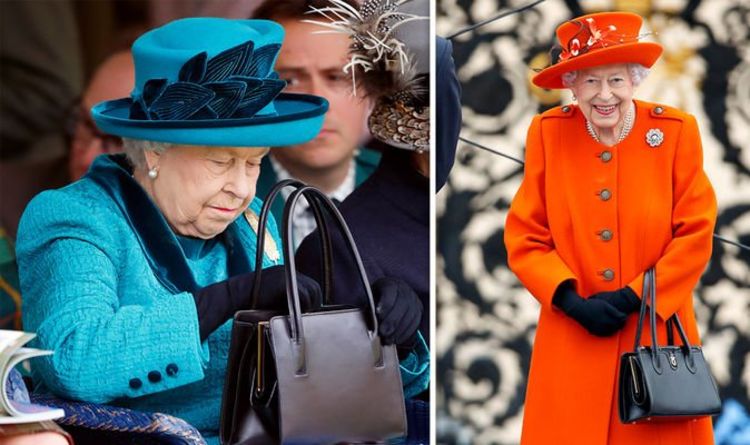 The Queen is arguably the most photographed woman of all time, so every time she steps out, she has to dress to impress and dress to be seen. Express.co.uk spoke to Daena Borrowman, Marketing Manager at jewellerybox about the monarch’s fashion over the years, and the key pieces she always opts for when putting an outfit together.

Daena said: “The Queen is often seen wearing bright, vibrant and colourful clothing – and there’s a reason for this.

“The Queen needs to stand out at any event or public appearance.

“When she turns up to events, there could be massive crowds so she needs to be extremely visible so even people standing at the back of a crowd can recognise her and say, ‘I saw the Queen’.

“Along with this her outfits are often quite significant, and will be carefully chosen, depending on the nature of the event she is attending, therefore she saves her darker and earthy colour outfits for more somber occasions.”

As for Her Majesty’s accessories, Daena continued: “The Queen can always be seen wearing a handbag, and this is often because it makes her outfit feel complete.

“She also carries some small items around with her, such as a fountain pen, metal makeup case and £5 or £10 for church collections or charity donations.

Daena continued: “Furthermore, people often wonder why the Queen can always be seen wearing gloves, and the simple answer is that due to her royal duties and the fact she shakes many hands, she needs to reduce her exposure to germs and keep herself protected.

“The Queen also wears brooches to all her outings and some say that these are significant.

“The Queen can also be seen always wearing pearls and the simple reason for this is that Queens dating back thousands of years have always worn pearls and it’s traditional to do so.

“They signify rarity, presence and power,” she added.

“Over time although small changes may have been made to her dresses and coats, perhaps more for comfort, however her outfits have stayed very consistent and the pieces she wears haven’t varied too in her nearly 70 year reign as monarch.

“Instead of following fashion, the royals often create their own and start trends themselves.

“For example, colour blocking outfits is a high fashion trend that the royals and the Queen herself have been a huge part of.”

Who dresses the Queen?

Angela Kelly, is Personal Advisor to Her Majesty, which means she is the curator and designer of the Queen’s clothing.

She initially worked as a housekeeper for the British Ambassador to Germany before she was hired by the royal household, The Telegraph reports.

The Queen met Angela by chance and the following year she was offered a position as a dresser for the Queen.

Three years after joining the Queen’s household, Angela was promoted to Senior Dresser.

In 2002, Angela went onto become Personal Assistant and Senior Dresser.

Over the years, Angela has designed some of the Queen’s most iconic looks; including the pale yellow ensemble worn by the Queen to Prince William and Kate Middleton’s royal wedding back in 2011.

“She has allowed me to become closer to her over the years. I would never overstep the mark and I remain in awe of the Queen.

“We are two typical women. We discuss clothes, make-up, jewellery. We say, ‘Would this piece of jewelry look nice with that outfit?”