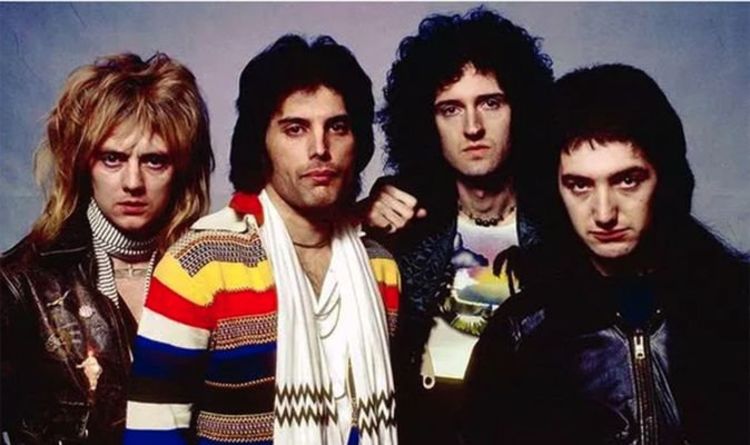 We all see a silhouette of one of the biggest and best-selling songs of all time. Queen’s legendary 1975 grand opus has not only lasted through the decades, it is bigger now than it has ever been. And that includes in terms of record sales. Brian has been celebrating on social media the news today that Bohemian Rhapsody is, officially, the biggest record by a British band in history. He wrote: “Yeaaay!!! Thanks to every one of you who bought it, streamed it, consumed it!! Bri X.”

Today, the RIAA (Recording Industry Association of America) certified Bohemian Rhapsody as a Diamond record. That means the iconic song has now sold over ten million copies in the US alone.

The RIAA official statement said: “Queen is the first British band in music history to earn the Diamond song award.”

At the same time, Queen’s prophetically-titled Platinum Collection Vol 1-3 album was also certified as five-time Platinum, meaning it has sold five million copies in the US.

READ MORE: Brian May Queen guitar solo he is proudest of is NOT Bohemian Rhapsody

Brian said: “This is incredible news. At times like this I have to pinch myself to be sure that it’s real.

“All those wild dreams we had – this is beyond any of them.

“Huge thanks to all who believed in us over the years.”

Bohemian Rhapsody is also the third best-selling song of all time in the UK, with around 2.5 million copies sold here alone.

As Queen celebrate their 50th Anniversary this year, Brian has also been looking back at the creation of the band’s most iconic song.

Brian told Total Guitar: “We talked about where there would be a solo, and that part of it Freddie hadn’t mapped out.

“There was already a lot of colour in there, but I would like to have a free hand. And I could hear something in my head at that point – long before I went in there and played it.”

The six-minute song was recorded across August and September 1975 (with rehearsals the months before that) and the vocals sessions alone lasted 10-12 hours a day.

Bohemian Rhapsody was released in the UK on October 31. By now everyone knows that record executives thought it would never work and radio stations refused to play it – until Kenny Everett championed it on Capital Radio.

It was the Christmas number one that year and held the top spot for nine weeks. It repeated the trick following Freddie’s death in 1991 for a further five weeks.

Incredibly, it never took the top spot in the US. On initial release, it was a number nine hit in 1976 and made it to number two in 1992, following the release of the film Wayne Word and that infamous car headbanging scene.

READ THE FULL BRIAN MAY INTERVIEW IN TOTAL GUITAR