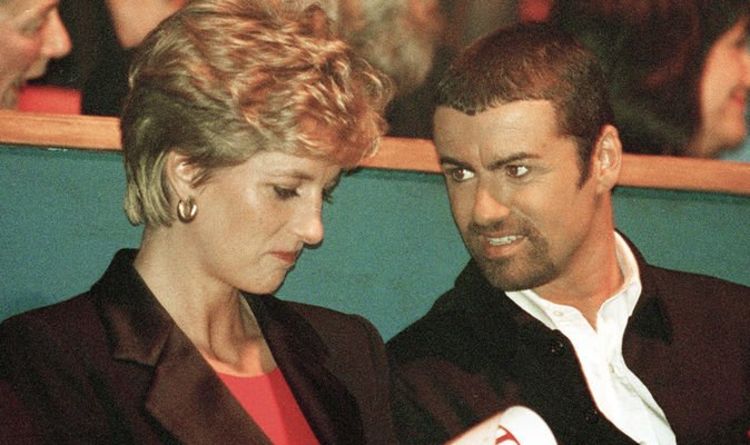 Diana turned to gay pop stars like George, Elton John and Freddie Mercury for emotional support, as well as much laughter – although her fabled outrageous outing with the Queen frontman remains equally strongly confirmed and strongly denied by different sources. George, however, formed a particularly close bond with the princess and even left tapes of their phone conversations to a friend after his death. In new interviews to mark the fifth anniversary of the pop icon’s passing, famous friends have revealed new details about his life, boyfriends and royal connections.

Talking to BBC Radio 2, Bananarama pop pals Sara Dallin and Keren Woodward recalled happy times hanging out with George (Sara lived around the corner from him). In particular, they remember his joy at finding love with Brazilian boyfriend Anselmo.

Keren said: “It’s probably the happiest I’ve ever seen George. Anselmo was an incredibly sweet and gentle soul, wasn’t he?”

Sara replied: “Yeah, he was. Which made it all the more devastating when, after a couple of years, he passed away (in 1993). Jesus to a Child reflects his love for Anselmo, and his heartache, his loss so poignantly. It’s the most beautiful song and when I first heard it on the M4, I actually had to pull over onto the hard shoulder because I had so many tears in my eyes.

Keren added: “Every time I hear it, I can see on Anselma’s lovely, smiling face.”

READ MORE: George Michael: ‘We wanted to help him but we couldn’t’ says Andrew Ridgely

They met backstage after a concert and were pictured together across the years at Live Aid in 1985, at a World AIDS Day concert in December 1993, and a year later at the Concert Of Hope for the same cause.

In the book, George Michael: Freedom, The Ultimate Tribute 1963-2016, he was quoted as saying:  “We clicked in a way that was a little bit intangible, and it probably had more to do with our upbringing than anything else. Diana was the only person that I knew who made me feel like an ordinary person.”

In 2016, months before his own death, he said: “I thought she was so great not to be consumed by everything that had happened to her and to keep giving and giving. I thought she was a really great person – the Elvis of compassion.”

In between meeting up, they would also talk on the phone.

In between meetings, they would talk on the phone, supporting each other through heartbreak and happier times alike.

In one of the recorded conversations, George said he was “in love”, to which Diana replied: “Oh lucky you, lucky you.”

George’s friend Andros Georgiou described their “very honest friendship” and happy times together, including drinking a bottle of wine together in Kensington Palace.

Andros said: “This was about two years before she and Charles officially separated. She told him their marriage had been an arranged one and that, as she’d been so young, she’d no real idea of what she was getting into.

“Although Camilla was never mentioned by name, she confided that Charles didn’t love her as he was ‘still in love with his ex’.”

Andros added: “Diana loved being a mother and lit up when she spoke about William and Harry, but said she had never felt like a wife. She was obviously very unhappy and we both felt desperately sorry for her. She was such a special, lovely person and she should have got that love back.”

George was one of the grieving friends and family invited to Westminster Abbey for Diana’s funeral on September 6, 1997, pictured walking in with Elton John and David Furnish.

He later said: “I bawled my eyes out at the service. I had forgotten my hanky and I was really streaming. I was one of the few people in that part of Westminster Abbey that was really blubbering.”