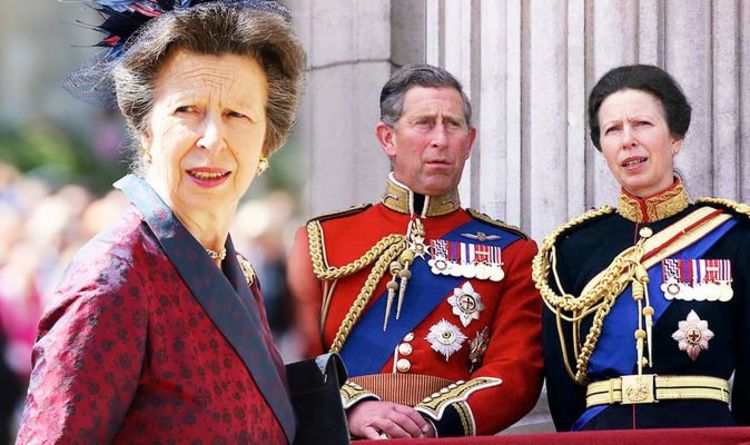 Princess Anne has worked as a senior member of the Royal Family since she was 18-years-old. Her brother, Prince Charles, is first in line to the British throne and also a working member of the family.

She said: “Anne’s body language signals with her brother Charles suggested – almost from birth – that she was the one who had been gifted all the confidence.

While both are working members of the Royal Family, Judi explained they would likely handle being on the throne in very different ways.

The expert claimed Princess Anne may struggle in the role more than her brother, who is currently set to be King one day.

“Neither Anne nor Charles display the kind of body language signals that make them naturals for the job of crown-wearing but I’m sure Anne would struggle more than her brother,” Judi continued.

“Charles has managed to overcome some of his body language signals that imply self-pity and either diffidence or arrogance, and replace them with a very kindly-looking eye-wrinkling smile and chuckle that suggests warmth and affection.

“The thought of an ever-smiling, ever-chuckling Anne is almost inconceivable though.”

Princess Anne has been seen at countless royal engagements over the last 50 years.

“Her body language suggests a conflict of cultures between being a very practical, hands-on countrywoman and her more formal role as a visiting royal.”

Although the royals could have different approaches to their royal roles, they could show growing bonds with each other.

Judi concluded: “There were very little if any relationship-defining poses of the pair over the years, although recently there have been clues that suggest they might have been becoming closer.

“They are beginning to look as though shared goals in terms of their love and sense of duty to their mother and a desire to sustain the image of the royal firm have brought them closer together.”