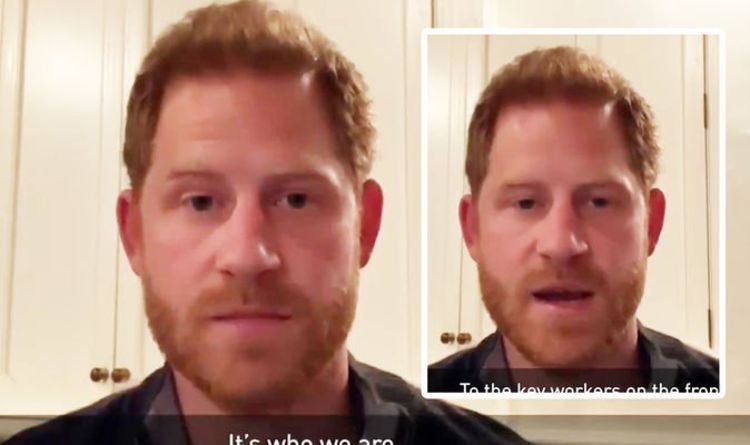 Prince Harry made the announcement about the Invictus Games in a new video. In the message, he spoke about the coronavirus crisis and gave thanks to key workers.

The Duke of Sussex also shared his praise for those who have worked to help combat the virus.

Prince Harry stated: “To the key workers on the frontlines in the battle against the pandemic, we are with you.”

Analysing his speech during the video, Nic Redman from The Voice Coach Podcast claimed Prince Harry appeared genuinely passionate about the cause.

The royal made an effort to share his message without overshadowing others involved, Nic continued.

Speaking to Express.co.uk, she stated: “This is a cause Harry is incredibly passionate about.

“I think the tone of his voice and the pace of his speech, along with his general demeanour and energy show that he wants to offer his support but not stand out over the other participants in the video.”

Prince Harry officially stepped back from his royal duties in March 2020.

Since then, he has continued to speak out and support causes which are important to him.

By doing this, Prince Harry could be trying to appear more relatable to those outside the royal social sphere, Nic added.

It could also have helped him show respect to those who are set to take part in the upcoming Invictus Games.

She stated: “This places him more amongst the people and less as someone who exists in a different social sphere.

“[By doing this] he shows respect for the event and it’s participants.”