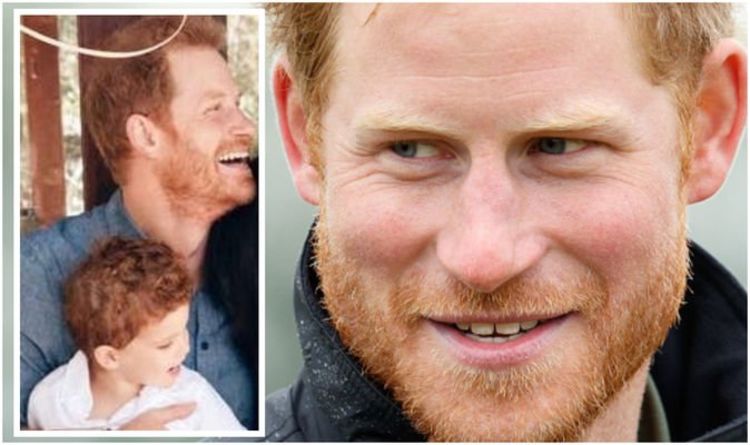 The world-famous redhead was pictured with his wife, the Duchess of Sussex as well as their rarely seen son Archie and never-before-seen daughter Lilibet.

Archie was pictured with bright red hair, similar to his fathers, also contributing to the enormous rise in searches for hair dye.

A spokesperson for Longevita commented on the findings for Express.co.uk.

They said: “Ever since the Duke and Duchess of Sussex stepped down from working royal life, they have been incredibly selective about the appearances they make and what they choose to share with the public.

“They have kept their two children out of the limelight to provide them with a private upbringing.

“However, these findings highlight the enormous influence the entire family has on the world.

“A single picture prompted a monumental increase in searches for hair dye, in order to replicate the Duke and his son’s hairstyle.

“It is a testament to the couple’s popularity that they are consistently inspiring people around the world, despite leaving the limelight of the British Royal Family to pursue a more private life.”

Prince Harry and Archie are not the only royals who happen to have ginger hair.

Sarah Ferguson, 62, and her eldest daughter Princess Beatrice, 33, both have ginger hair also.

The Duke and Duchess of Sussex’s Christmas card also caused fashion demand to skyrocket mere hours after being released.

Harry, Meghan and Archie all looked casual in jeans while Lilibet wore a cute white outfit.

According to ‘Love The Sales’, a global fashion marketplace, there were huge search increases for the Sussex family’s outfit choices.

For instance, there was a 102 percent increase in fashion demand for ‘Women’s Navy Rollnecks’ in the hours following the release, to replicate Meghan’s navy top.

There was also a 58 percent rise in fashion demand for ‘Blue Jeans’, which were being worn by the whole Sussex family.

Finally, there was a 36 percent rise in fashion demand for ‘Boys White Linen Shirts’, as seen on Archie in the Christmas card.