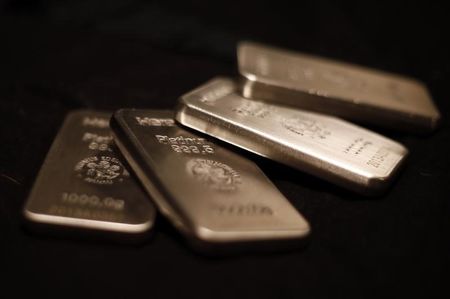 Feb 10 (Reuters) – Platinum prices rallied to their highest in six years on Wednesday as economic recovery hopes boosted demand for the auto-catalyst metal, while U.S. stimulus expectations and a softer dollar supported gold.

“Platinum’s fundamentals are attractive with the metal being in a deficit for some years,” said Ross Norman, an independent analyst, forecasting the industrial metal to average $1,316 an ounce this year.

Norman added that there are risks to the upside from potential supply issues in South Africa, which faces chronic shortage of electricity that mines need to produce the metal.

The dollar dropped to a two-week low against rivals on Wednesday. USD/

“Inflation fears are emerging, especially in the U.S with the stimulus intended to pass…(Fears are) that this would be too much and spark inflation going forward,” said Quantitative Commodity Research analyst Peter Fertig.

The U.S. Congress is expected to pass a $1.9 trillion coronavirus relief bill, with President Joe Biden saying he had been in touch with Republican leaders who opposed the size of the package. prospects were further aided by a budget outline approved by the Democrats last week allowing them to pass the package without Republican support.