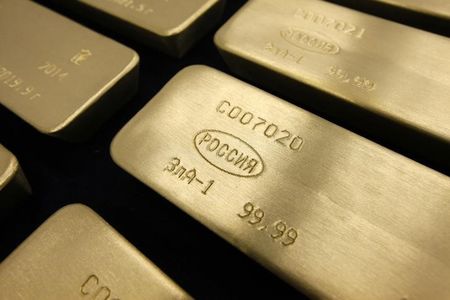 * Powell testimony to resume at 1500 GMT

Powell told the U.S. Senate Banking Committee that monetary policy still needed to be accommodative with economic recovery “uneven and far from complete”. His testimony continues later in the day. also mentioned that the increase in bond yields was due to higher inflation and growth expectations. did say that the recent run-up in bond yields was a statement of confidence in the U.S. economy, and that … could mean the Fed is willing to allow rates to run even higher, which will create a challenge for gold,” Saxo Bank analyst Ole Hansen said.

“For gold to recover again, it needs to be the inflation focus. The focus has faded and has been substituted by the current nervousness about the yields going higher.”

U.S. Treasury yields hovered close to a one-year high, while the dollar eased 0.1% against key rivals, holding near a six-week low it touched in the previous session. US/ USD/

Rising yields tend to hurt bullion’s appeal as an inflation hedge since they increase the opportunity cost of holding the metal.

But Powell’s remarks also indicated that “the stimulus trade is unlikely to go away anytime in the next six months”, Michael Langford, director at corporate advisory AirGuide said, adding the potential impact of inflation as a result of stimulus measures will be a key upward driver for gold.

The market expects the price difference between gold and platinum to narrow, amid an outlook for higher demand for auto-catalysts due to new green technologies, Saxo Bank’s Hansen said.