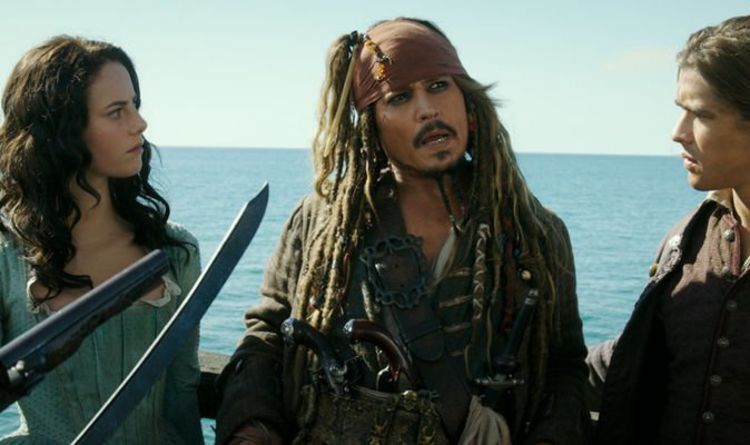 Disney released Pirates of the Caribbean in 2003 to great success. Johnny Depp made a splash playing Captain Jack Sparrow, spurring the film​ on​ to earn more than $650 at the box office. The rest is history for the franchise, which went on to receive four sequels with more on the way. But Marvel actor Zoe Saldana only starred in the first film, and there was a good reason for that.

Saldana has since gone on to play ​the daughter of Thanos, ​​Gamora​,​ in the ​cosmic series Guardians of the Galaxy opposite Chris Pratt’s Star-Lord. The American star also played ​an important part in James Cameron’s groundbreaking 2009 movie Avatar, where she ​portrayed a member of the Na’vi race​, Neytiri.​ But before all of that, Saldana played the only female pirate in the Pirates of the Caribbean series at the time: Anamaria.

The character’s name was likely a reference to two real-life female pirates from history, Anne Bonny and Mary Read, both of whom were notorious on the seven seas in the 18th century. Saldana was​ not​ treated ​like a legendary pirate during her time on the film’s set, however.

Saldana made an explosive debut in The Curse of the Black Pearl when she screamed at Jack Sparrow for stealing her boat.

While she made no comment about Depp, the actress didn’t ​hold back when discussing the people behind the camera. She raged: “Those weren’t the right people for me. I’m not talking about the cast. The cast was great. I’m talking about the political stuff that went on behind closed doors. It was a lot of above-the-line versus below-the-line, extras versus actors, producers versus PAs [personal assistants].”

Eventually, Saldana revealed that the atmosphere on the set of the film was too much for her, and she wanted to step away from it all.

A year later, in 2004, Saldana signed on to work on The Terminal. The Steven Spielberg film starred Tom Hanks and Catherine Zeta-Jones, and told the true story of a man stranded at an airport for 18 years. While the film was relatively well-received by critics (receiving 61 percent on Rotten Tomatoes), the real triumph was Spielberg’s treatment of Saldana behind the scenes. The actress recalled: “I booked The Terminal right after [Pirates of the Caribbean] so I got to work for an amazing director who is known for being humble and a mentor.”

Saldana added: “He remembered that I’d been made to feel so irrelevant before and he went out of his way to make me feel the exact opposite.” The star’s revitalised passion for the industry spurred her on to continue working, and just a few years later in 2009 she starred in the Star Trek and the legendary Avatar. Five years after that, in 2014, she took on the role of Gamora.