Our food choices matter more than we may imagine

One of the oddities arising out of 2020, the first year of the global pandemic, was the reality that although food prices rose across the board, many households saw their total spending on food decline.

There’s no denying that households that were already food-insecure became more so as a result of the pandemic. Trips to food banks soared and there were cases where people actually had less to eat or shifted to a lower-quality diet due to those higher prices.

However, for consumers in higher-income households, it wasn’t about eating less, it was about less eating out. Even though households spent about $300 more on groceries, they spent about $850 less on food overall.

Granted, this is newly released U.S. data, but the shifts in consumer spending patterns in Canada were, if anything, more pronounced. The 2020 annual Food Price Report published by the Food Policy Lab at Dalhousie University said last December that Canadians pivoted from spending more than 38 per cent of their food budget pre-pandemic outside the home to just nine per cent during the first wave. We’re now into the fourth wave and although restaurants and foodservice establishments have reopened, people haven’t returned to dining out to the same degree — perhaps because so many companies have put their return-to-office programs on hold.

People might not be eating out as often, but they are still looking for convenience. Some studies have pointed to increased consumption of packaged foods and home-delivered food. An international study published in Science of the Total Environment in July cited surveys that showed nearly half of respondents increased their consumption of packaged food, fresh food and food delivery, which led to an increase of 43 per cent in food waste and 53 per cent in plastic packaging waste.

These anecdotes underscore one of the core themes for today’s World Food Day, the annual United Nations Food and Agriculture Organization event zeroing in on global food issues.

It may be up to policy-makers, industry and farmers to feed the world, but consumer choices play a key role in determining how. The pandemic has demonstrated how changes in consumer patterns can ripple through the entire food chain.

The FAO sees the COVID-19 pandemic as a catalyst for change.

“Even before the pandemic, more than three billion people couldn’t afford a healthy diet,” it says. “In this time of COVID-19, many more people are unable to afford or access nutritious foods, often resorting to cheaper, readily available ones.

“Consumption patterns are also changing for others who are focusing more on the role of diets on their health, enhancing demand for fresh and nutritious foods. This situation has brought an opportunity to build back better.”

We can all agree on some principles: the need to reduce food waste, reduce malnourishment, target rising obesity levels and support ecologically sound farming systems amid climate change.

But acting on those principles will, for some, mean supporting farmers who use less tillage. For others, it will be to support organic production. Some will stop eating meat.

What’s important is taking time to think about how we eat. The individual decisions we make around food each and every day matter profoundly — for better or for worse.

— Laura Rance is vice-president of content for Glacier FarmMedia. She can be reached at lrance@farmmedia.com 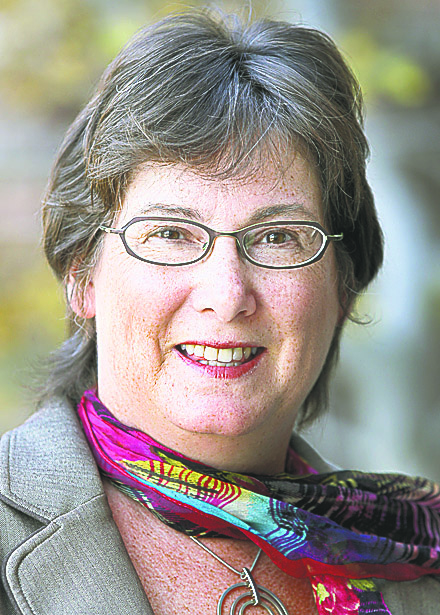