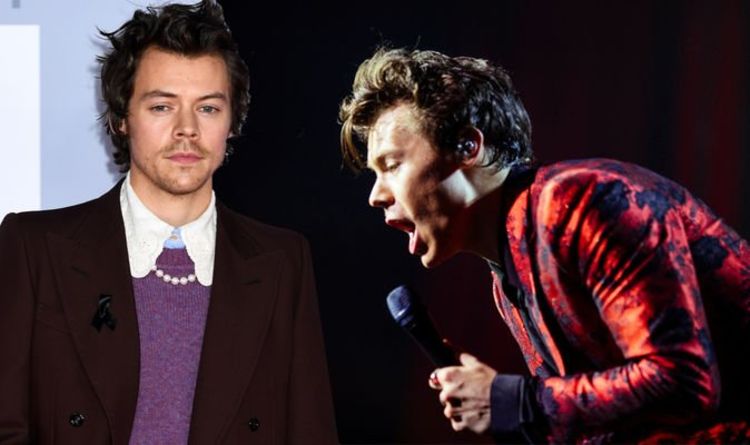 Harry Styles has broken away from One Direction in musical style, but last year he reconnected with his former choreographer to film his latest music video. The video for Treat People with Kindness, a track from his second solo album Fine Line, was released on New Year’s Day, showcasing more of the 27-year-old’s endless talent. The enormous production involves a collection of back-up dancers, and extremely involved choreography – something that could not be done today due to the coronavirus pandemic. Choreographer Paul Roberts recently explained how they barely managed to record it in time, just before lockdown truly set in.

In a recent interview Roberts explained that the music video was originally recorded in February 2020 – just a month before the UK went into a national lockdown.

Commenting on the timing of the music video, he said: “We had a great time, but we didn’t know how lucky we were.

“Looking back it was about three weeks before the world started to burn.”

Roberts then pointed out that the sheer normality of the music video could be why Styles’ fans are loving the video so much.

Roberts added: “Maybe that’s partly why people are loving it now – the video has such a carefree sense to it.”

At the time of writing, the Treat People with Kindness music video has garnered over 20 million views on YouTube.

This incredible feat shows just how popular Styles still is in the music industry.

Styles’ popularity isn’t news to Roberts, though, who choreographed numerous One Direction music videos years ago.

Roberts said: “So when Harry contacted me and we spoke about doing a video with a lot of dance I was like: ‘Well I’ve been waiting ten years for this.’”

Styles spoke candidly about the song’s title back when he first released the song.

He explained it started as just a pin with the phrase on it, which he kept on a guitar strap, before it became something much larger.

He said: “We made T-shirts for it, then I saw a lot of t-shirts around. I’d be driving or something and see someone in one and I started feeling like: ‘Oh this is a bit of a thing.’”

He explained: “I had an idea of writing a song to go with it and it turned into a tribute, it’s just really fun.”

Speaking out on what Treat People With Kindness means to him, he said: “Small changes end up making a big difference.

“It’s about being a lot nicer to each other rather than, ‘don’t do this, or don’t do that, not this yes that.’ It’s just saying: ‘Treat people with kindness,’ you know?”