Oil Down, but Set to Record Third Weekly Gains 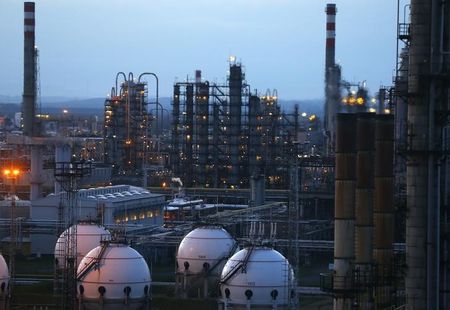 Investing.com – Oil was down Friday morning in Asia but was set to end the week with a third weekly gain. The black liquid hovered near the $70 mark as investors continue to digest diverging fuel demand outlooks.

With traffic in the U.S. and most of Europe almost back to pre-COVID-19 levels, the Organization of the Petroleum Exporting Countries (OPEC) forecasts that fuel demand recovery will pick up in the second half of 2021.

“Overall, the recovery in global economic growth, and hence oil demand, are expected to gain momentum in the second half,” the cartel said in its monthly report released on Thursday. The report also predicted oil demand could jump by about 5 million barrels a day, or around 5%, in the second half of 2021 compared with the first half.

However, investors also continued to digest Wednesday’s data from the U.S. Energy Information Administration that showed a for the week ending June 4.

The data also showed a much bigger-than-expected .

“If you take the week, we’ve certainly seen prices lift on some demand hopes, but it was mixed… the U.S. stockpile data didn’t paint a good picture. We saw gasoline and distillate stockpiles really surge. Towards the end of the week that was a dampener on the spirits,” Commonwealth Bank commodities analyst Vivek Dhar told Reuters.

Meanwhile, investors also continue to monitor the progress in the talks to revive a 2015 nuclear deal between Iran and world powers.

The U.S. removed sanctions on three former Iranian officials and two companies that previously traded Iranian petrochemicals ahead of the sixth round of talks expected to begin over the weekend. However, it remains to be seen whether a resolution can be reached ahead of Iran’s presidential elections on June 18, 2021.

A successful resolution would see Iranian exports added back to the global supply.