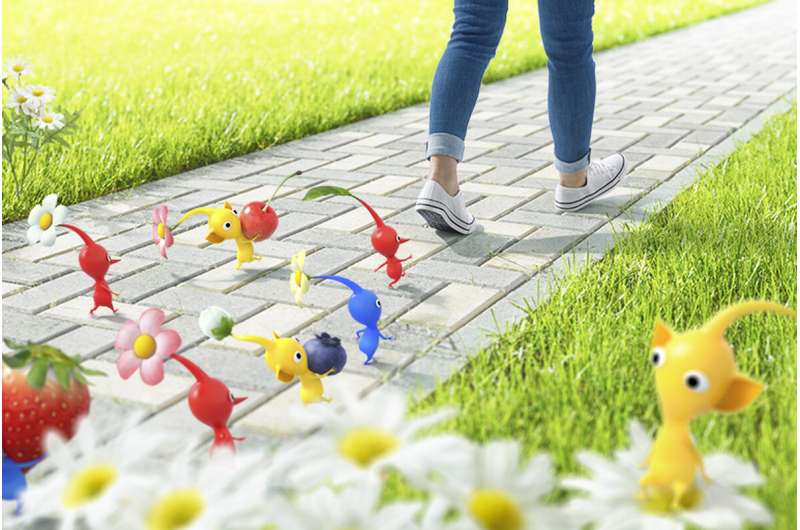 Niantic Labs, the maker of “Pokémon Go,” is teaming with Nintendo for a new augmented reality video game based on the spritelike “Pikmin.”

The game, due to be released later this year, is the first in a new mobile games partnership between the companies announced Monday. They are not strangers, as Niantic developed “Pokémon Go,” released in 2016, with The Pokémon Company, which is part-owned by Nintendo.

“Pikmin,” a 2001 game developed by Mario creator Shigeru Miyamoto, starred cute colorful plant-inspired creatures you could control. This game will have Pikmin appearing in the real world via AR to “encourage walking and make the activity more enjoyable,” the companies said in the announcement.

“Niantic’s AR technology has made it possible for us to experience the world as if Pikmin are secretly living all around us,” Miyamoto said in a statement. “Based on the theme of making walking fun, our mission is to provide people a new experience that’s different from traditional games. We hope that the Pikmin and this app will become a partner in your life.”

The app is scheduled to launch globally later in 2021 will be the first game from Niantic’s Tokyo Studio, established in April 2018.

“As we continue to expand our games portfolio, it was a natural next step to team up with Nintendo,” said Niantic CEO John Hanke. “We’re looking forward to shaping the future of AR together, bringing Nintendo’s beloved game characters to life for mobile game players around the world.”

Nintendo teams up with Pokemon Go creator for smartphone games