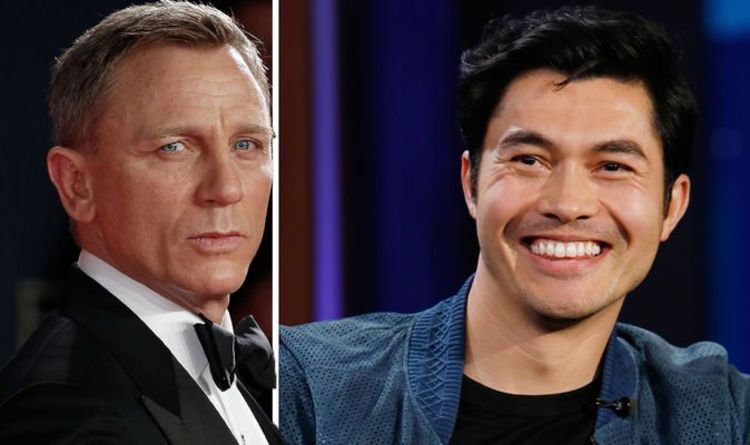 Daniel Craig recently stepped down from playing James Bond after his fifth and final movie, No Time To Die, was released this September, cementing the end of his 007 journey. Beyond the story of Craig’s 007, a lot of actors are in the running to take over, including Golding, who is best known for playing Nick Young in Crazy Rich Asians.

Crazy Rich Asians was Golding’s breakout role where he acted opposite some other Hollywood elite including Michelle Yeoh, Awkwafina and Gemma Chan. The movie was massively successful, earning more than $238 million at the box office, and a Critics’ Choice Award for Best Comedy.

Since then the actor has starred in Last Christmas with Game of Thrones star Emilia Clarke, as well as the titular character in the GI Joe spinoff Snake Eyes.

But does the dapper British-Malaysian actor have what it takes to take his martinis shaken, not stirred? He certainly has the charm and know-how to be the next action-packed hero, but Golding rejects the notion that he ought to be considered just because he is Asian.

Golding said: “[Diversity] shouldn’t be a factor at all. I think Bond represents something that we’ve all sort of grown up with, and that’s a man of substance. A man who has stoic properties and is a protector, has a sensitive side.” (Via Radio Times)

Golding said talks of diversifying Bond in the future “is great” but added “I think you have to do justice to the source material”. The 34-year-old added: “He’s such an iconic character, so I wouldn’t say that there should be any pressure. But I think they will choose the right person for the role. So be it Black, Asian, Latino, mixed… anything, as long as they have the attributes that they can bring to the screen. I think that is what the fans really want.” Despite his protestations, Golding has fantastic chances of claiming the Bond role next.

Ladbrokes’ Alex Apati said: “Regé-Jean Page has been there or thereabouts at the head of the James Bond betting for the best part of 12 months now, although there are plenty of contenders hot on his heels, with Henry Golding being the latest name to see his odds slashed.”

William Hill has also awarded Golding an impressive 25/1, proving that he’s popular across the board.

Golding has previously spoken out about becoming the next Bond, however, where he was more direct with his response.

Golding said earlier this year: “I guess [the Bond bosses] are looking for another candidate, so, of course, any right sort of man would want to put their hand up for it.”

The sneaky star added: “So sure, let’s talk!”

He went on: “Isn’t it great that people are like: ‘OK, now’s the time, why the hell can’t we have a Black Bond, an Asian Bond, a mixed-race Bond, a non-distinct Bond?'”