Bollywood megastar Amitabh Bachchan‘s granddaughter Navya Naveli Nanda often surfaces in the headlines for her rumoured relationship with actor Meezaan Jaaferi. While the duo hasn’t announced or confirmed their relationship, they are frequently seen commenting on each other’s social media posts. On Friday, Navya broke the internet after she expressed her excitement over Meezaan’s accomplishment. The actor recently won the best debutant performer award for his film Malaal and Navya congratulated him.

Taking to her Instagram, Navya shared a post by Meezaan and wrote ‘Congratulations.’ Meezaan Jaaferi made his Bollywood debut with Sanjay Leela Bhansali’s Malaal that released in 2019. His performance was much admired and complimented by the viewers. 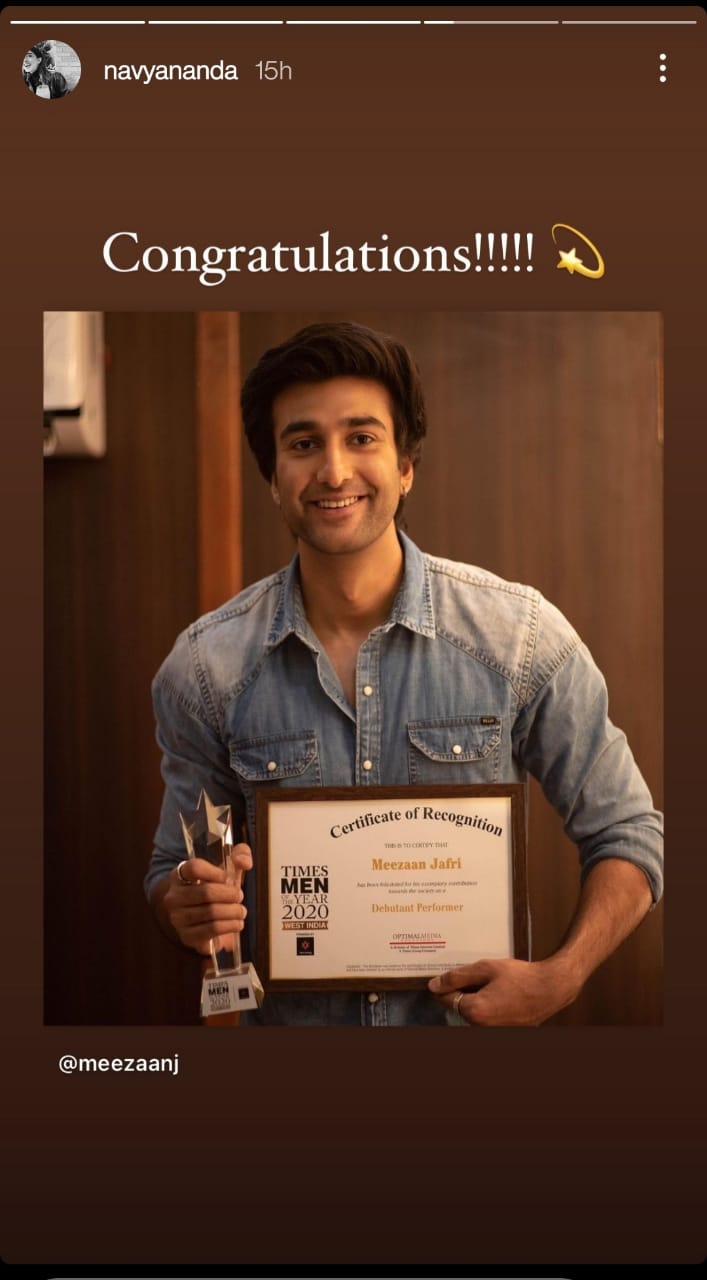 Meezaan and Navya have always been appreciative of each other’s work. Earlier last year, Meezaan had also encouraged and congratulated Navya when she turned an entrepreneur just after her graduation. The star kid had launched a platform for women, Aara Health, to discuss all their health issues. To this, Meezaan had said, “Go follow @aarahealth Congratulations Navya Nanda.” Abhishek Bachchan and mother Shweta had also congratulated Navya on the new venture.

Just like other star kids, fans have been waiting for Navya Naveli Nanda to make her debut on the big screen but looks like the diva isn’t keen on it. Her mother Shweta Bachchan had revealed in an interaction that Shweta doesn’t want to be an actress and likes to stay away from showbiz.