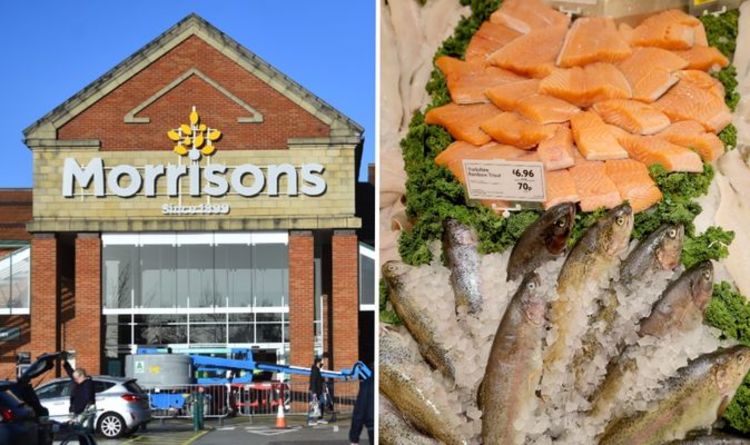 In recent months, Morrisons has been doing its bit to care for the environment in attempting to reduce the use of plastic. This week, the supermarket told customers that they can now bring their own reusable containers to stores to pick up meat and fish.

One customer said: “Brilliant idea. Can you please do the same for fruit and veg.

“I don’t want to buy in the packets and sometimes I end up throwing some of it away as it has gone off before I have used it all. It would be especially good for pensioners as well who would like a couple of apples or oranges and not a bag full.”

Another added: “What a great idea. Simple measures to help the planet. I’ll be doing this asap.”

However, some shoppers were angry at Morrisons, claiming that the change is unhygienic during a pandemic.

“Touching up the meat after touching up containers from people isn’t the one in a pandemic… Good idea but not at the moment really,” one customer commented.

Another shopper said: “Totally unhygienic given what’s going on in the world. Some people are not clean, so although I get the plastic and paper waste, don’t think it’s good people bringing stuff in from home.”

Another customer added: “Like the idea and is good, but in a pandemic possibly increasing contamination this has put me off the counter full stop if this is happening. All precautions should be taken at the minute.”

Net zero carbon means reducing greenhouse gas emissions with the goal of balancing the emissions produced and emissions removed from the earth’s atmosphere.

The supermarket expects that the first products to reach net zero carbon status will be eggs, as early as 2022, and later lamb, fruit, vegetables, pork, and beef.

David Potts, Chief Executive of Morrisons, said: “Climate change is one of the biggest challenges for our generation and growing food is a key contributor to greenhouse gas emissions.

“As British farming’s biggest supermarket customer, we’re in a unique position to guide our farms and help lead changes in environmental practices.

“It’s tears ahead of industry expectations – and an ambitious target – but it’s our duty to do it.”