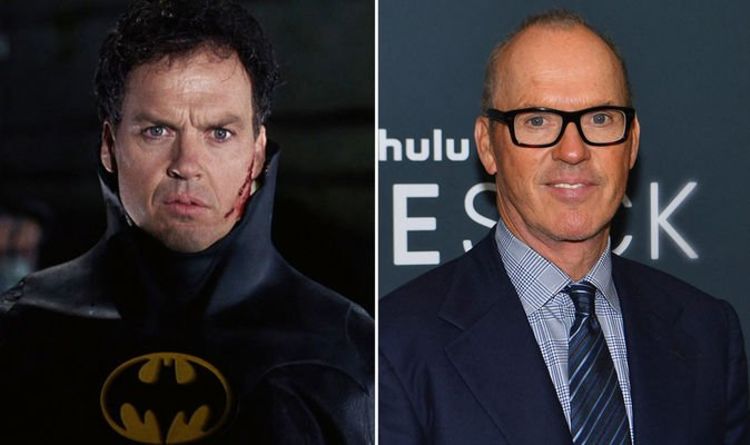 After Adam West’s camp 1960s take on The Dark Knight, Tim Burton cast Michael Keaton as Bruce Wayne in his serious and adult blockbuster Batman. Three years after taking on Jack Nicholson’s Joker, the star and director came back with 1992’s Batman Returns. But ever since then there’s been a number of different actors playing the Caped Crusader from Val Kilmer and George Clooney to Christian Bale and Ben Affleck.

But now, almost 30 years after he last donned his cape, Keaton, 70, is back as Batman in the upcoming Flash movie.

Ezra Miller reprises his role as the DC speedster after debuting in Justice League with Affleck’s Dark Knight.

Now 2022’s The Flash will see his superhero travelling across time and the multiverse.

As a result, the movie will see Keaton playing a Dark Knight from an alternate reality to that of Miller’s Barry Allen.

The first teaser trailer, which debuted yesterday at DC FanDome heard Keaton’s Dark Knight say to The Flash: “You can go anywhere you want. Any timeline, any universe.

By the sounds of it, The Flash movie will be inspired by the Flashpoint Paradox comic book storyline, which included an alternate Batman.

Now while we don’t see the face of Keaton’s Dark Knight in the footage, we did view the back of his head inside his iconic cowl from inside his Batcave.

The Batman, which is released in cinemas on March 4, sees Pattinson’s younger superhero take on The Riddler, Catwoman and The Penguin.

Of course, considering Warner Bros’ embracing of the DC multiverse, maybe a movie will come up with all three of these Batmans involved?

There have even been rumours that Christian Bale and George Clooney have been approached about cameos in The Flash, so maybe Pattinson will feature?