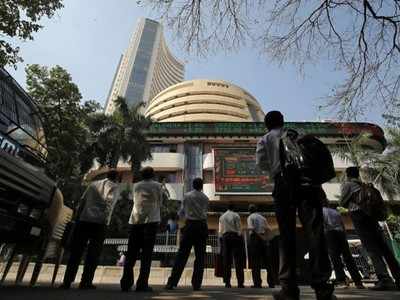 NEW DELHI: Equity indices continued to surge on Friday with both sensex and Nifty scaling record highs on opening trade ahead of the RBI monetary policy outcome.
The 30-share BSE index breached the 51,000-mark for first time ever and was trading 391 points or 0.77 per cent higher. While, the broader NSE Nifty breached the 15,000-level.
Top gainers in the sensex pack included SBI, IndusInd Bank, Axis Bank, Kotak Bank and HDFC with their shares rising as much as 13.02 per cent.
While Bharti Airtel, PowerGrid, M&M, Maruti, TCS and Tech Mahindra were the top losers, falling as much as 2.57 per cent.
Economists and market participants keenly await the RBI’s commentary on liquidity measures, as well as its forecasts on growth and inflation.
Earlier this week, in the Union Budget, Centre announced additional market borrowing and proposed doubling healthcare spending, recapitalisation of public-sector banks and divestment of some state-owned lenders, in a bid to bolster the economy.
Benchmark indexes had also closed at record highs on Thursday and were set to finish the week over 9% higher, boosted by optimism around the federal budget, which saw a host of measures to revive the pandemic-hit economy.