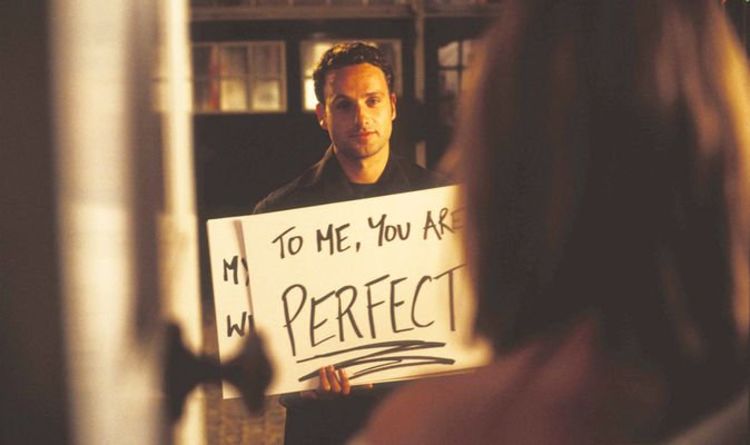 Love Actually is full of quirky stories that warm the heart each Christmas, but one of the final stories left a lot to be desired. Mark, played by Andrew Lincoln, spent the film struggling emotionally to deal with his best friend, Peter (Chiwetel Ejiofor), marrying Juliet (Keira Knightley).

The storyline’s iconic final scene showed Mark arriving at Juliet and Peter’s house before asking her to tell her husband carol singers were at the door.

Mark then held up signs that showed him confessing his love to Juliet, unbeknownst to Peter in the next room.

As Mark walked away from the house, Juliet chased after him and gave him a kiss. While he walked away smiling he said: “Enough now. Enough.”

The question remains whether Juliet would have left Peter to be with Mark after that fateful Christmas gesture.

Knightley said last month about the final scene: “Yes, I know that I stay with my husband!” She also added: “No, I have not watched the film again.” In 2017 the film was continued with an official spin-off short-film called Red Nose Day Actually. During the short film’s events, Juliet is confirmed to still be with Peter, while Mark has settled down with supermodel Kate Moss.

Perhaps the most tragic story of Love Actually was between Harry and Karen (Alan Rickman and Emma Thompson).

Harry was caught by his wife, Karen, buying an expensive necklace for his mistress, Mia (Heike Makatsch).

After being found out he confesses he was a “fool, a damn fool”.

During a press conference the wife of director Richard Curtis, Emma Freud, revealed what really happened to the husband and wife after the credits rolled.

To be honest, even that much is surprising considering he betrayed her so badly.