In old-timey parlance, Winnipeg filmmaker Damien Ferland is a bit of an odd duck.

With his quasi-Eraserhead moptop and a sometimes abrasive candour, the Winnipeg-born Ferland, 39, comes by it honestly. He has an admitted penchant for landing himself in awkward situations.

But where most people do their level best to tamp down memories of life’s embarrassments and failures, Ferland has taken to making forensic analyses of those moments on his webseries Hyper-Distracted.

Long available on YouTube, the show generally sees Ferland doing a standup report in front of various Winnipeg locations that were once the scenes of personal disasters.

He’ll do a field report in front of the Cineplex theatres at Polo Park to describe being fired from that job because he kept forgetting his Cineplex hat at home.

When he was a teen, working in the playground at Shaw Park, he pounced ahead of a little girl to snatch an ice cream bar at a free sweet scramble, to the justifiable chagrin of the girl’s mother.

In an especially hilarious episode, he describes life as a production assistant on the 2011 Guy Maddin movie Keyhole, where he committed the capital sin of forgetting to pick up actor Jason Patric’s laundry, among other transgressions.

Not a disaster: Ferland had the series picked up for distribution on the Roku Channel, a free streaming service affiliated with Roku digital products. While there are hours of indie movies and TV shows already in place on the service, the Roku Channel recently made headlines with its plan to make an original biopic of Weird Al Yankovic starring Daniel Radcliffe.

“It’s an honour to be on the same channel as Weird Al’s biopic,” Ferland says in a phone interview. “I grew up loving Weird Al.”

Instead of writing parody songs, Ferland opted for a career in film, which saw him make more than a dozen music videos and shorts after studying the subject at the University of Winnipeg. At one point, he had intended to write a feature film weaving together episodic instances of his personal disasters.

“When I got the (Roku) news, I thought: This is the best festival ever.”

Eventually, he took the path of immediate gratification in creating episodes of Hyper-Distracted, while supporting himself through other means. Currently, he works at the McNally Robinson bookstore in Grant Park, as well as serving as a part-time assistant editor on the APTN series Michif Country.

He credits getting on Roku to his show’s inclusion in the 2020 edition of Stareable Fest, a showcase devoted to the best in online content, where it scored a berth as an official selection for best short-form comedy.

“When I got the (Roku) news, I thought: This is the best festival ever,” he says. “Not only are they screening my show, they’re giving me a distribution deal without me even asking.

“It did what a festival is meant to do,” he says. “I felt pretty lucky.”

Hearing Ferland tell his stories is like watching a one-man prequel to Curb Your Enthusiasm. It’s a cringe-inducing kind of comedy.

“Larry David is a big influence, I think,” he says of the Curb and Seinfeld creator. “That show is a major influence of comedy that I want to do.”

Ferland is unusually discreet in this segment, changing a few names, and leaving out Jason Patric’s name altogether, though the Speed 2 actor apparently made Ferland’s life especially difficult.

Ferland does drop one name: Udo Kier, because he got a kick out of the marvellously eccentric German actor. 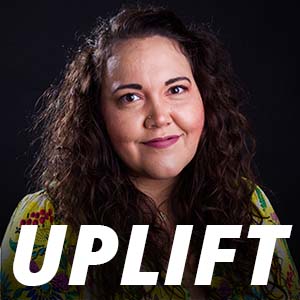 “Udo made that job so much fun, as stressed-out as I was,” Ferland says. “He was kind of yelling at me and he was trying to get me to calm down too. Tough love from Udo.”

Making the show puts his past in perspective, Ferland says.

“Hyper-Distracted is kind of like a form of therapy,” he says. “I survived all this and I can look back at it and laugh about it. I’ve grown as a person because of it.” 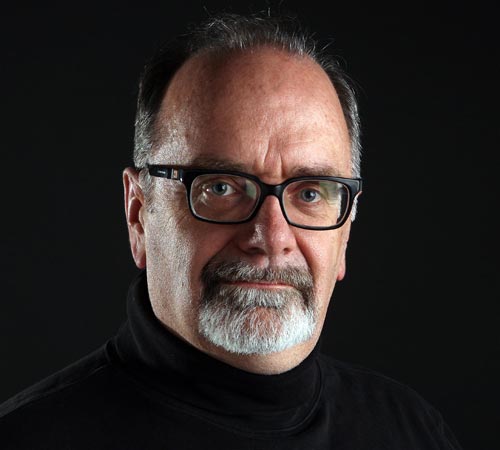