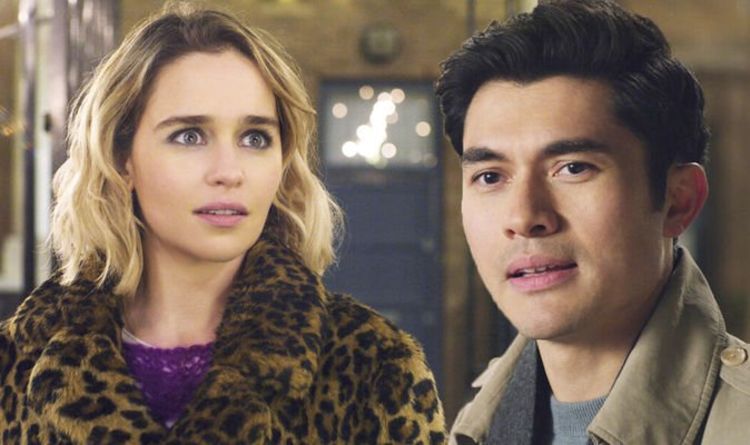 Just before the world was sent into turmoil, Universal Pictures released their latest romantic-comedy Christmas film: Last Christmas. The movie centred around Kate (Emilia Clarke) meeting and falling in love with the mysterious Tom (Golding). But before long, she finds out something unexpected about the heartthrob.

The crescendo of the film revealed that Tom had been dead all along.

Kate was seeing her new lover after his heart was transplanted to her the year before, giving her a new shot at life. This emotional gut-punch was made worse by the added reveal that the bench they had bonded on was dedicated to his memory.

While cinemagoers were stunned when this news was delivered, Golding learned about it the instant he signed up to the movie.

He revealed: “My agent spoiled it for me. He was like: ‘Oh God, this script is amazing. There’s this huge reveal and blah blah blah – you’re dead.’ I’m like, ah, man, why?” (Via Vogue)

READ MORE: ‘What the hell is this?’ Alan Rickman’s horror at Die Hard script

Thankfully for Golding, the reveal was much different in the script than what was acted out on screen.

The British-Malaysian star explained they changed the ending, adding: “Originally I wasn’t at the bench with [Kate at the end, after she finds out he’s dead], and [Tom’s] phone lights up, and it’s a message from him, and he says his goodbyes that way.

“I was like: ‘Guys, I really think that Tom needs to say a proper goodbye. He needs to be there and he needs to have that moment with Kate.’ And that’s what we did.”

Despite knowing about the truth about Tom, Golding explained how it didn’t really affect his performance.

Golding said: “I think it was more important to create who Tom was as a person and what his role was in Kate’s life.

“There are moments where you see him feel sorry for himself in a way, and it can’t be helped. He yearns to be with her and he yearns to be real, and that’s not possible, but at least he can impart the importance of being present and thankful for what you have.”

He added: “And that’s what he hopefully drives through to Kate.”

Golding and Clarke had a powerful relationship behind the scenes. He confessed he felt “so lucky” to work with the Game of Thrones actor.

Golding added: “We became sort of in sync. We bought, separately, the same hot flask to keep our hot drinks in.

“And we had this thing off-camera where we’d dress the same during the press tour. Like today, we’ve both got red on: She’s got a red dress, I’ve got red pants on.

“We have the same love of music. We were actually in the same year at school. She’s a kindred spirit.”

The relationship between the two actors was obviously palpable considering how successful the Christmas movie went on to be.

Last Christmas had a relatively meagre budget of $25 million, but went on to earn a staggering $123 million at the box office.

Despite the movie’s success, it received a number of negative reviews.

David Fear of Rolling Stone called the film “incredibly, shockingly, monumentally bad. The kind of bad that falls somewhere between finding a lump of coal in your stocking and discovering one painfully lodged in your rectum”.

Last Christmas is available to rent on Amazon Prime Video.