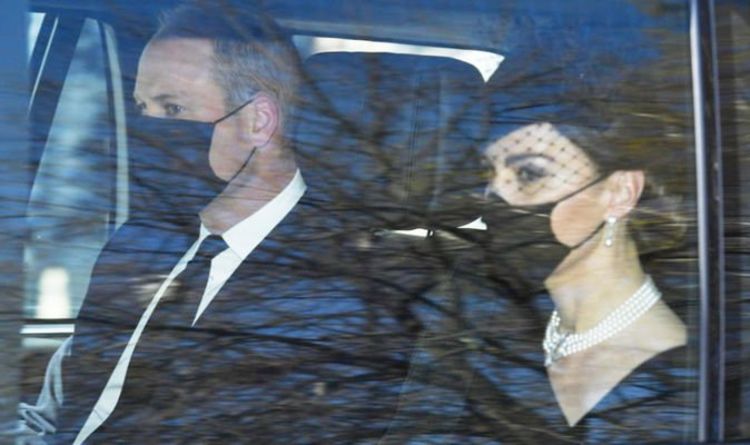 Kate Middleton wore a necklace which belonged to the Queen in what could be an act of solidarity with the monarch. She paired this with a black outfit and diamond earrings.

The royal wore a pearl choker which belongs to the Queen and was previously borrowed by Princess Diana.

The four strand pearl choker was worn by the monarch during the 1980s and 1990s.

Kate wore the necklace with drop diamond and pearl earrings which are also part of the Queen’s collection.

She has borrowed them for several events in the past, mostly wearing the subtle jewels for formal occasions.

They were believed to be a wedding gift given the the Queen when she married Prince Philip in 1947.

The feature diamond studs with pearls hanging from chains covered in diamonds.