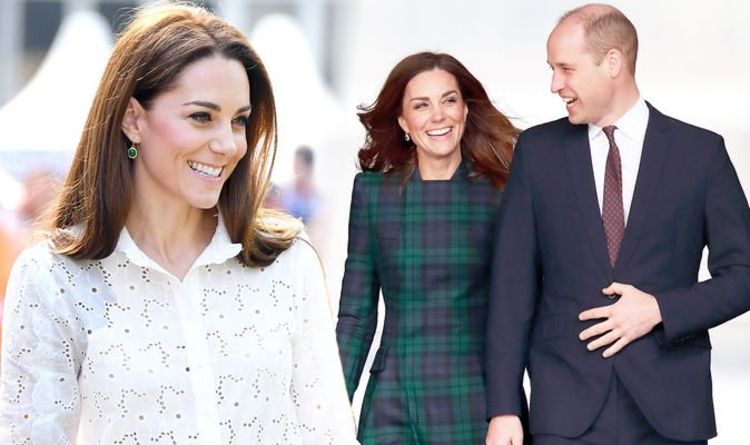 She stated: “Their strong choreography looks natural, suggesting their approach to the throne will be equally like-minded in terms of their understanding of the job and how it needs to be done.

“Couples will often have to use tie-signs to communicate in public, using small glances or touches to announce their intention to take over a conversation or to keep track of the other partner’s thoughts and feelings.

“But the Cambridge’s seem to be in tune enough to not need this kind of silent shorthand.”

The royals do not often show affection in public, but the expert explained they do not need to as they are already very in sync.

Their similar ways of thinking could continue while on the throne which has not often been seen from the monarchs before, Judi claimed.

She added: “This kind of evenly-balanced, peas-in-a-pod team-ship/sharing relationship will be a first for the Crown, suggesting high levels of focus and joint understanding of how the job should be filled.”

Both Prince William and Kate appear comfortable carrying out engagements by themselves.

When carrying out engagements together, however, Judi explained they seem genuinely happy in each other’s company.

“Kate and William use rituals of compatible smiling when their smiles are aimed at one another rather than the public,” she continued.

“While their public smiles are pitch-perfect they lack the kind of muscle tension or muscle pulling that will often betray an inauthentic, performed smile.

“No smile that has been held for the length of time the Cambridge’s hold them can be totally genuine but they have both acquired the knack of the held smile that lacks the kind of rigidity that gives it away as fake.”

Judi suggested they show genuine happiness with each other and show themselves to be “best friends”.

The expert concluded: “William’s arm round Kate’s shoulders suggests a sharing of the action and responses rather than a desire to be romantic.

“It’s the kind of gesture that makes them look like best friends as well as loving marrieds and parents.

“There are no competitive signals between William and Kate when it comes to status and spotlight though.

“Their choreography as a public double-act is seamless in a way that could make some TV presenting couples jealous.”