Producer Rhea Kapoor hosted a girls night for her ‘veeres for life’ Kareena Kapoor Khan, Karisma Kapoor, Malaika Arora and Masaba Gupta. The super fun get-together was also attended by their mutual friend and actor Amrita Arora as well as Kareena’s manager Poonam Damania. Taking to her Instagram handle, Kareena shared glimpses of their fun time together — laughing, eating and posing for pictures. She also posted a group picture, in which the divas looked super stunning and happy. Bebo captioned it as, “One woman show. What a meal. GOLD. Thank you my darling Rhea #veeres for life.” 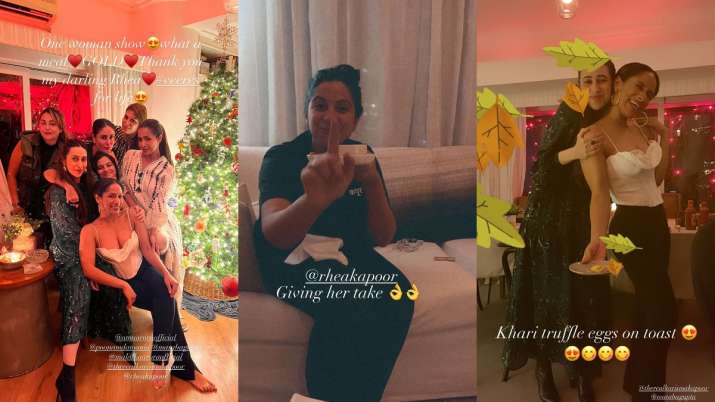 In one of the photos, Kareena posed with her girl gang and thanked Rhea for hosting the perfect dinner. In another photo, the ‘Laal Singh Chaddha’ actress was seen ‘vibing’ with Rhea Kapoor. Some snacks were also kept on a coffee table decorated with candles. A post showed Karisma Kapoor blowing a kiss as Amrita Arora posed next to her. She wrote, “It’s started…uffff.” Karisma also shared a picture, from the party and said “My dearest Rhea thank you for an amazing meal.” 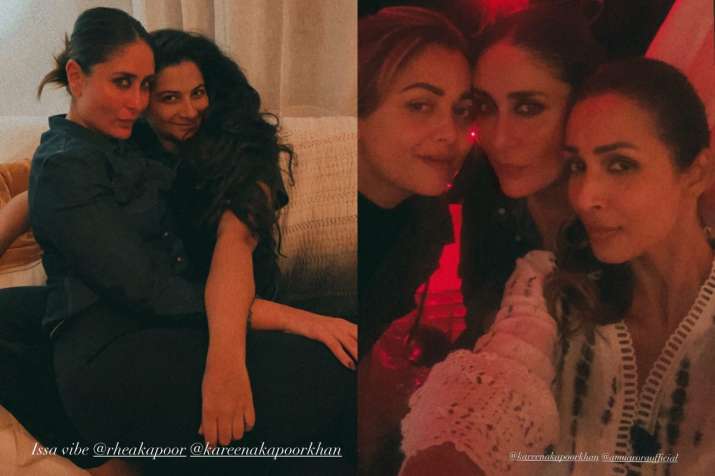 From spending quality time together to going on vacations and partying, the B-Town girl squad share an inseparable bond, never failing to shower their love on each other.

On the professional front, Kareena Kapoor will return after a brief hiatus with Aamir Khan-starrer ‘Laal Singh Chaddha’ which is an adaptation of the highly successful comedy-drama ‘Forrest Gump’ which itself was based on Winston Groom’s novel of the same name. ​The film that was announced to release on Valentine’s Day 2022 will now hit the screens on Baisakhi 2022.

Directed by Advait Chandan, ‘Laal Singh Chaddha’ also features Telugu actor Naga Chaitanya, who is essaying the role of an army officer. The major portions of the film were shot in Punjab and Ladakh.