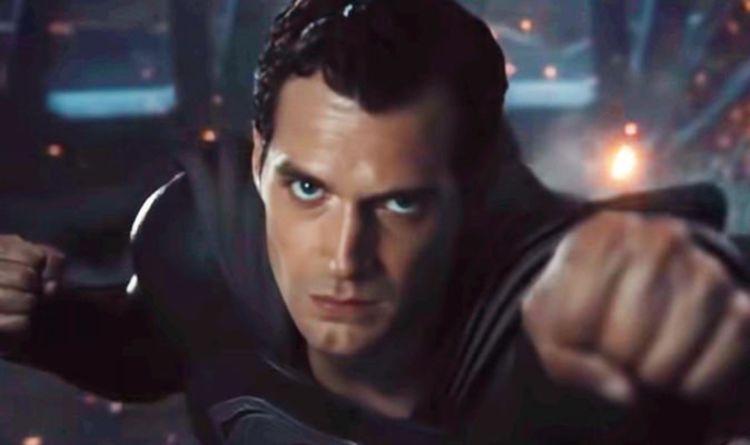 Sometimes hopes and dreams do come true. Not only has the Snyder Cut finally been restored and released, it exceeds our wildest expectations. There are no major spoilers here, but some reveals based on the trailers, previous DCEU films and what we know from the comics. Prepare yourselves for a dazzling, dizzying ride that is Snyder’s best film to date, on a par with Watchmen. It explains why actor Ray Fisher was so furious with Whedon and Warner Bros, delivers Black Suit Superman and exposes what a catastrophic botched job the previous theatrical release was.

When he returned to this project, Snyder bullishly swore he would not use any of Whedon’s reshot footage.

Not only does this thankfully mean the new cut removes the sexist and misjudged banter between Wonder Woman and Aquaman, but it also completely excises that painfully naff comedy Russki family trapped in the shack under Steppenwolf’s dome.

Presumably, studio suits felt the film needed more ‘human elements’ for the audience to relate to. What they utterly failed to understand is that we didn’t come here for that. We want epic, stirring waking dreams, like an ancient saga passed down by storytellers by firelight.

Snyder may have ignited another furore with recent comments that Marvel do “action-comedy with a heart” while his DC offers “mythology at an epic level” but I am up for any film that has its main villain deliver a line like “Ready the armada, we will use the old ways.” Instant chills.

In the ultimate karmic KO, the new release proves that all the best moments from the Whedon Cut were Snyder’s anyway. Gorgeous visuals, dry wit and darker themes that don’t patronise the audience.

What blows the mind is why they junked so much of Snyder’s original designs. His Steppenwolf is a magnificent creature, glittering in rippling metal spikes, compared to Whedon’s cartoon goon. But this Steppenwolf is also textured and flawed, desperate to regain the favour of Darkseid and grovelling when he speaks to Desaad.

His fortress base in Russia is a beautiful twisted and dark baroque creation of blacks and golds under a glowing ruby lattice dome. A far cry from Whedon’s garish purple abomination with those embarrassing psychedelic flowers.

There is no silly nonsense with the idea that Parademons feed on fear leading to Steppenwolf’s ultimate destruction. It was a cop-out that neutered the gathered heroes’ own vengeful natures. His ending here is visceral, violent and would have had cinemas erupting in cheers.

The visuals are Snyder’s usual darker, muted tones but they are gilded with epic panoramas and exquisite costumes, notably a ravishing array of capes on everyone from the Amazons to Darkseid’s main henchman Desaad.

The restored original score by Tom Holkenborg, aka Junkie XL, is majestically magnificent. Bombastic in all the right places to blast goosebumps into every nook and cranny, it also finds calm catharsis in the quieter, tender character moments.

I’m a fan of Danny Elfman, but Warner Bros’ decision to bring him in with Whedon just demonstrates how misjudged that entire reboot was.

Nervous studio suits with no faith in their filmmaker or audience, somehow decided that Snyder’s DCEU needed a Marvel make-over, but ended up with something more mangled than marvelous in the 2017 release. Marvel and DC on the page and big screen are two different beasts, both wonderful but very distinct in tone and texture.

Across four glorious hours, Snyder’s story has room to breathe. It is perfectly paced and divided into seven ‘chapters’ so you have a moment to nip out for a cuppa (or something stronger).

Every action scene is expanded and edited differently from the original – and better for it. In that grandly glorious epic first battle that took place millennia before against Darkseid’s forces, we finally get to see the old Earth gods and Green Lantern better. Who wouldn’t want that?

Furthermore, every single central character and scene benefits from the love and attention lavished on them.

No need for Sadfleck here, Ben Affleck’s Bruce and Batman both thrive here. Indeed, every hero is given greater depth and nuance. Ezra Miller divides opinion as The Flash, but this time around his take on Barry’s manic ticks are humanised by scenes with his father and the introduction of Iris West. Meanwhile, Diana and her mother both reflect on what they have sacrificed.

The terrifying moment when Steppenwolf comes for the Themiscyra Mother Box is vastly expanded, layering in greater dimension to the sense of tension, danger and terrible loss of life. It is a masterful exercise in measured intensity that also, like so much elsewhere, weaves in that epic sense of backstory and mythos that Snyder loves.

Henry Cavill’s Superman has always been more nuanced than many give him credit for but he demonstrates the intelligence behind his square jaw and hairy pecs here.

The scene in the Kent farm cornfield perfectly sums up the two versions of the film and how Warner Bros and Whedon fatally underestimated the audience.

In the theatrical cut, Lois asks him blankly what it’s like being brought back to life. “Itchy,” he says, “I mean, honestly, weird, in so many ways.” It’s toe-curlingly adolescent. Then she launches into an explanation of how badly she handled losing him. It’s all tell rather than show, not trusting the actors or the audience.

Snyder’s Cut isn’t just bombast and excess, it also relies on silences and quiet exchanges. The master of ‘more is more’ also knows when to give us less.

The biggest winner, though, is Ray Fisher. His feud with Joss Whedon and the powers at Warner Bros is well-documented. Frankly, if even some of that stems from his fury and devastation at how his scenes were hacked, trashed and discarded by Whedon, then I’m with him.

A dreary Cyborg made no impression on me in the theatrical release. The Snyder Cut restores his humanity and his heroism, expands his family dynamic and his inner struggle. He is central to the final scenes and Fisher is allowed to demonstrate that he is a talented actor and not just a grump in a metal suit.

By now, everyone knows that Jared Leto returned to film new Joker scenes. Anyone who has seen the trailer and the previous Snyder films are expecting some exploration of the Superman Knightmare scenario.

I won’t spoil the long, bleakly tantalising end credit scene, but this and some earlier foreshadowing in the film give a fabulous hint into what Snyder’s original plans were for a three-film arc.

There is also the introduction of General Swanwick’s secret identity as Martian Manhunter – which the actor Harry Lennix has already revealed in interviews.

So many treats for fans, so many rewards for faithfully sticking by Snyder’s vision.

I would like to say that I couldn’t find any flaws with the Snyder Cut, but unfortunately, I have one huge issue with it. For four blissful, blown-away hours I was sat there thinking, for God’s sake why isn’t this being released on the biggest screen they can find?

All that’s left now is for fans to make even more noise so that Warner Bros finally get the message and bring us the next two films.