Joby Aviation is going public, reveals its electric aircraft in flight for the first time 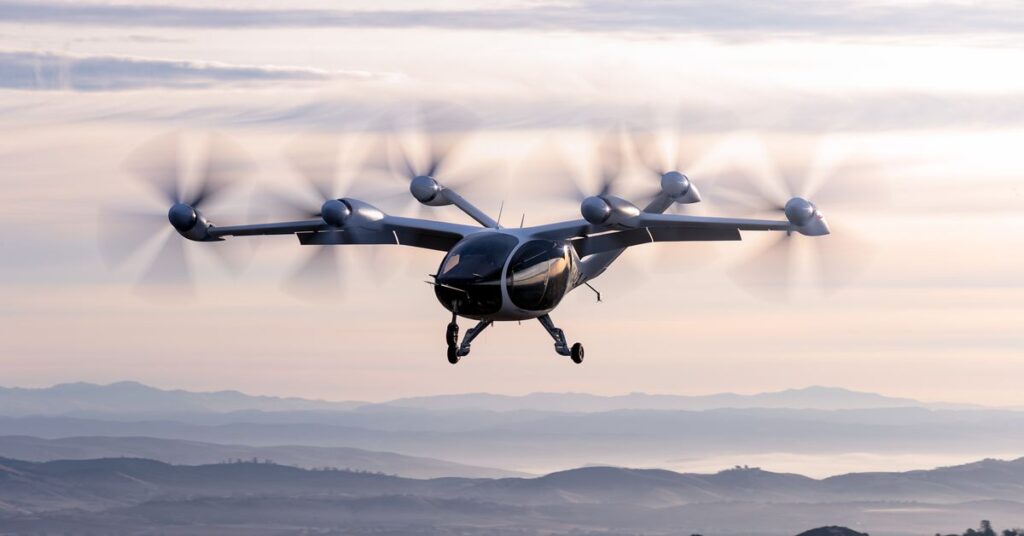 Joby Aviation, the electric aviation company based in Northern California, is the latest futuristic mobility company to go public via a reverse merger with a special purpose acquisition company, or SPAC. To celebrate, the company is releasing the first footage of its electric aircraft in flight.

Joby, which is backed by Toyota and recently acquired Uber’s flying taxi division, is merging with Reinvent Technology Partners, a “black check” company run by LinkedIn co-founder Reid Hoffman and Zynga founder Mark Pincus. The new company, which will have a post-money valuation of $6.6 billion, will be listed on the New York Stock Exchange.

As part of the deal, Joby will get $1.6 billion in cash, $690 million of which will come from Reinvent’s cash in trust and $835 million from private investors The Baupost Group, funds and accounts managed by BlackRock, Fidelity Management & Research LLC, and Baillie Gifford. Hoffman will join Joby’s board.

As part of the deal, Joby will get $1.6 billion in cash

Joby is the brainchild of inventor JoeBen Bevirt, who started the company in 2009 and operated it in relative obscurity. In 2018, Joby announced it had raised a surprising $100 million from a variety of investors, including the venture capital arms of Intel, Toyota, and JetBlue. The money helped finance the development of the company’s air taxi prototype, which has been conducting test flights at Joby’s private airfield in Northern California. Bevirt helps run an incubator outside of Santa Cruz that’s been described as a quasi-commune.

The company closed on a massive $590 million round of venture capital funding. Joby also announced that it was teaming up with previous investor Toyota to launch an air taxi service using its new aircraft.

Unlike the dozens of other companies that are currently building electric vertical take-off and landing (eVTOL) aircraft, Joby has kept much of its project under wraps. Today’s footage is the first time Joby’s vehicle has been seen in flight. The all-electric aircraft has six rotors and seats five, including the pilot.

The video shows it taking off vertically, like a helicopter, and then shifting into forward flight using tilt rotors. Joby says it can reach a top speed of 200 mph, travel 150 miles on a single charge, and is 100 times quieter than a conventional aircraft. The company says it aims to have a scaled-up air taxi service in operation by 2024.

According to the company’s investor presentation, Joby expects each aircraft to cost $1.3 million to manufacture, with the potential to reduce that amount by half in the future. Joby also projects that each aircraft will generate $2.2 million in revenue. That assumes every aircraft will operate 4,500 hours per year with an average of 2.3 passengers per trip.

Joby expects each aircraft to cost $1.3 million to manufacture

(As noted by aviation writer Michael Travierso on Twitter, this represents an exponential increase over the number of hours the average Cessna aircraft at a busy aeroclub flies every year. Electric aircraft are expected to require less maintenance than their gas-powered equivalents.)

Of course, many companies — Joby included — have promised revolutionary new aircraft for years, only to miss deadlines or fail to live up to past promises. Kitty Hawk, the flying car venture backed by Google co-founder Larry Page, had to reorganize amid reports about breakdowns, battery fires, and returned deposits. Another startup, Zunum, is locked in a bitter legal fight with its former investor, Boeing. And last year, Germany’s Lilium Jet had a prototype catch fire recently.

Joby isn’t the only eVTOL company to go public via SPAC. Archer Aviation, another electric flight company, plans on merging with blank-check company Atlas Crest Investment Corp, and it has said it would launch an air taxi service in Los Angeles by 2024.