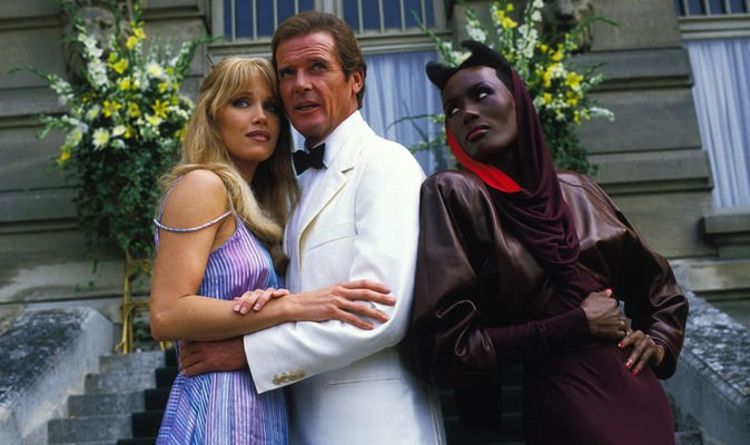 After six official outings across 12 years, Roger Moore starred in his final James Bond movie in 1985. Named after Ian Fleming’s short story From a View to a Kill, the 57-year-old 007 actor acted opposite Christopher Walken’s Max Zorin. The Bond villain’s dastardly plan saw him plotting to destroy his company’s competition in Silicon Valley by triggering a massive earthquake in the San Andreas Fault and causing a flood.

Originally Walken’s Bond villain was actually set to be played by David Bowie, who was announced as Zorin during early publicity for A View to a Kill in 1984.

Having initially accepted the role, he later turned it down despite the script being written with a pop star in mind.

The Ziggy Stardust singer told NME in 1984: “Yes, I was offered that. I think for an actor it’s probably an interesting thing to do.

“But I think that for somebody from rock it’s more of a clown performance. And I didn’t want to spend five months watching my double fall off mountains.”

READ MORE: Roger Moore or Sean Connery? Battle of The Bonds ‘proved’ who was best

She later shared in her autobiography how both Sting and Mick Jagger were offered Zorin too, but turned down the villain, so the role finally went to Walken.

Jones was dating Dolph Lundgren when shooting A View to a Kill and the Rocky IV Ivan Drago star ended up having a cameo role as one of General Gogol’s KGB agents.

The part only came about during a set visit when an extra was missing, so director John Glen asked him to play the background role.

However, Ringo Starr’s wife decided not to return, so the part was rewritten for new character Pola Ivanova, played by Fiona Fullerton.

Bond’s CIA ally Felix Leiter was also set to return in A View to a Kill, however, he was later rewritten as new Asian-American CIA character Chuck Lee, playoff by David Yip, to maximise on the San Francisco setting.

Additionally, MI6 agent Sir Godfrey Tibbett was played by Patrick Macnee, making him the fourth former star of TV show The Avengers to feature in a Bond movie.

He followed on from Honor Blackman’s Pussy Galore in Goldfinger, Diana Rigg’s Tracey and Joanna Lumley’s The English Girl in On Her Majesty’s Secret Service.