It was a tough journey, but Shappi Khorsandi got her Shappi ending | Books | Entertainment 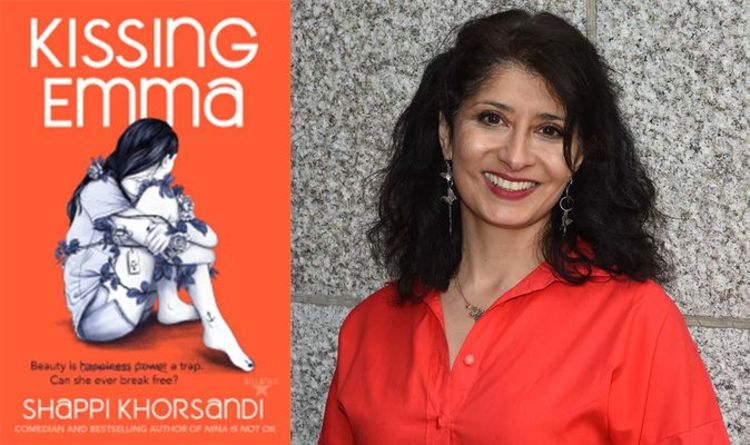 Stand-up comedy has never been the easiest of career choices, especially when you are not only female, but British Iranian. But from the age of 10, when she discovered she could make grown-ups cry with laughter, Shappi Khorsandi never doubted she was funny. “At parties my father would get me to do impersonations and I would have this roomful of grown-ups rolling with laughter,” she recalls.

“I had quite severe ADHD, only recently diagnosed. I couldn’t navigate school and I couldn’t form healthy relationships. But the one thing I really understood and wanted to do was to make people laugh – both on and off a stage. I got the message at a young age that this is what you can do to make yourself feel most alive and most useful. Being pretty and appealing was actively discouraged.”

But back in the nineties, when she was starting out, Shappi, 48, says it was far more difficult than she expected.

“Becoming a successful stand-up meant being able to handle a room full of 400 drunks,” she shrugs.

She may be well known for appearances on The Graham Norton Show, Friday Night With Jonathan Ross and as a contestant on I’m a Celebrity Get Me out of Here, but Shappi’s entire career is built on incredibly hard graft, at a time when to be young, female, brown and funny was a particularly tough set of metrics.

“I didn’t look at the bigger picture and ask, ‘Is this harder for me than anyone else?’,” she says now.

“I remember hearing other female comedians talking about how hard it was for women, and being quiet, thinking I had my own little personal battles.”

Being Iranian – and the lack of understanding about that – was one issue. Most people just assumed she was a Muslim, she says, and some expected her to look the part. “When I was starting out, I was interviewed by a broadsheet journalist and asked by the photographer if I’d mind wrapping a scarf around my face” She politely declined.

In fact, Shappi is the former president (and current vice-president) of Humanists UK. Known until 2017 as the British Humanist Association, this charitable organisation aims to represent people who seek to live good lives without religious beliefs. “I wasn’t raised with religion, so I’m not a proper atheist,” she says. “I feel a proper atheist is someone raised with it who’s rejected it. I never had any of that.”

But at her primary school in the 1970s, Christianity was “a big thing”. She adds: “I always felt like a bit of a weirdo when asked what my religion was. I didn’t have one, so I didn’t fit in.

“There were assumptions that I was an ex-hMuslim, but I’m not an apostate. Iranians tend to be secular and identify first and foremost as Iranian, not with a religion.”

But, because of her colour, she finds herself put under the same umbrella as South Asians. “I remember being very young and very arrogant and wanting to be an MTV presenter. At the time, there were not that many funny women – Katie Puckrik and Denise Van Outen were my heroes. I thought, ‘I can do what they do’, so when my agent told me that MTV wanted to speak to me I was buzzing.”

Then she saw the sample script they’d sent over. “It was in Arabic for Arabic MTV!”

Iran is not an Arabic country and Iranians don’t speak Arabic. Such judgments about her skin colour and assumptions about faith have dogged Shappi when all she wanted to do was make people laugh.

Of her early performing days at clubs such as the London venue Jongleurs, she said she “died” frequently on stage. “The industry wasn’t very kind and I didn’t fit in. I felt pigeon-holed as an Iranian.” This also made her hard for TV producers of the day to categorise – the assumption being that a young brown woman would be telling a certain type of joke, one that would fit other people’s expectations of who they were seeing.

“Even on TV they would edit the jokes and only keep the ones that referenced my background.” But Shappi wanted to find the humour in everything, not restrict herself to certain topics. “At the time, it wasn’t ordinary to do what I was doing and now it’s much more ordinary. Culture moves forward. Comedy today is alive and kicking; the audience is huge, and alternative comedy has become mainstream. There are comics on TV who have never worked the clubs.”

‘I’m A Celebrity…Get Me Out Of Here!’ won the Challenge Show award at the NTAs 2018. (Image: David M. Benett/Dave Benett/Getty Images)

Despite those issues, she went on to build a successful TV career, and is now a veteran of popular panel shows such as Have I Got News For You, Mock The Week, and 8 Out of 10 Cats among others.

“Some people have said I was born 20 years too early, but had I been born later the reason I did comedy might not be there. I did it because it was punk, underground antiestablishment, with the likes of Rik Mayall at its helm, and I wanted to be part of this secret club.”

Her Iranian heritage creates further assumptions for Shappi who has recently started going by her given name, Shaparak.

“My parents are quite elderly now and it occurred to me that when they go there will be no one left calling me Shaparak.

“I was teased at school for having this fine, beautiful name which means butterfly, and I sacrificed it for a name you might give a puppy. Shappi is fine, but looking at the footballer Raheem Sterling, in this fine new generation, it wouldn’t occur to find a foreign name silly. I grew up in a different time.” Furthermore, she finds that people expect her to come from a rich family.

“My family were from a really poor background,” she explains. Her grandmother and great-grandmother were “married off” as children.

‘At I learned get away with a accent. So posh to detentions’

“Giving your daughter to a man who can ‘provide’ was the only option poverty gave them. My great-gran left her husband when she was 16, and had to, by law, leave her children behind. What a ghastly choice.”

It was this family history that led Shappi, a single mother of two herself, to write her first Young Adult novel – an entertaining reworking of the life of Emma Hamilton, Lord Nelson’s mistress, but set in the modern day.

“Nelson asked in his willschool, you with less class I spoke avoid that she be looked after if he died at Trafalgar,” she explains. “He did die and the authorities had her thrown into a debtor’s prison and, because of her social class, absolutely trashed her. She was a working class girl with very few choices. She used her talents to haul herself up to the highest echelons of society, but couldn’t whitewash her past. So what’s different for today’s working class girls? Those who don’t have ‘sharp-elbowed’ middle class parents to steer them? These are themes I wanted to look at in the novel.”

What is happening where you live? Find out by adding your postcode or visit InYourArea

Shappi’s father, Hadi, came from a village in rural Iran. “My dad’s dad died when he was only six so my dad was raised in a charity orphanage,” she explains.

“He was determined to better himself and as a kid he delivered yoghurt on his bike.”

The money he saved he used to go to a café and buy hot chocolate – an impossible luxury for a boy of his background.

Then he started writing comedy sketches.

By the age of 19, Hadi Khorsandi, now aged 78, was one of Iran’s rising satirists and a contemporary poet. Then came exile to

London when Shappi was three, following his criticism of the new regime. He was the subject of death threats during the 1980s.

“He would take me for afternoon tea at The Dorchester in London, and say, ‘I never want you to be intimidated by a fancy place’,” she recalls, fondly. “He had come from hunger and poverty but he absolutely refused to be cowed by people due to his unconventional education.”

As well as making her father’s friends relish her impersonations, Shappi was also making astute observations at her inner city comprehensive. This, she tells me, was the sort of place “where girls grew their nails long to fight better”.

“I learned quickly at school that you get away with less if you have a working class accent, so I deliberately spoke posh to get away without detentions. Later in my career, it made me laugh when I was once described as having ‘a cut glass accent’. Reinvention has been a big part of my life.”