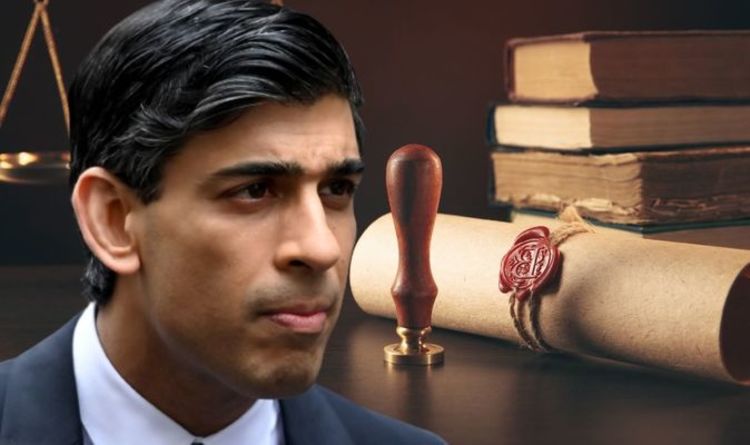 Inheritance tax (IHT) is charged at 40 percent on the value of an estate which falls above a certain threshold if a person has passed away. In the Budget, the Chancellor Rishi Sunak announced Inheritance Tax thresholds would remain at current rates until 2026. This has provided the Government with an opportunity to potentially rake in more cash from those to whom the threshold will eventually apply.

According to the Government, only those who live outside the UK, individuals with a high value estate, or estates which engage more complex reliefs will need to fill in the documentation.

This is the Treasury’s effort to cut some of the red tape which often surrounds the Inheritance Tax process.

However, while this could form a major change for IHT, some experts are expecting the Treasury will go even further with announcements today.

Steven Cameron, Pensions Director at Aegon, set out what Britons should be keeping an eye out for today.

The Government has said several consultations serve as an important part of their 10-year tax administration strategy.

This, it states, will help to create a tax system which is “fit for the challenges and opportunities of the 21st century”.

Financial Secretary to the Treasury, Jesse Norman, commented on the matter, saying ‘red tape’ would be cut, but other announcements on a wide range of economic issues should be expected.

He added: “We are making these announcements separately to the Budget, but still all on a single day.

“This is in order to give a range of important but less high profile measures greater visibility among Members of Parliament, tax professionals and other stakeholders, and greater scope for scrutiny by them.”

Do you have a money dilemma which you’d like a financial expert’s opinion on? If you would like to ask one of our finance experts a question, please email your query to personal.finance@reachplc.com. Unfortunately we cannot respond to every email.